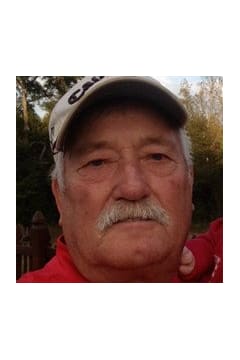 Dick NorthcuttMr. Labon Judon âDickâ Northcutt, 71, of Winston, Georgia passed away Sunday, May 11, 2014. He was born September 23, 1942 in Jemison, Alabama the son of the late Mr. Labon David Northcutt and the late Mrs. Central Cost Northcutt. He married Nancy Elise Bradford on December 3, 1976 in Mableton, Georgia. He retired as a maintenance supervisor having worked at LaFarge. He was a member of Cedar Grove Church of Christ in Fairburn. He was an avid fisherman and enjoyed golf. He was devoted to family and was a loving husband, father, grandfather, great-grandfather, brother, and uncle. He loved spending time with his children and grandchildren. He is survived by his loving wife of 37 years, Nancy Elise Bradford Northcutt of Winston; two daughters and sons-in-law, Ginny and Jason Camp of Winston and Renee and Chris Hodges of Whitesburg; one son and daughter-in-law, David and Debbie Northcutt of Easley, SC; one sister, Sarah Davenport of Alabaster, AL; eight grandchildren, Kristie Butterworth, Austin Northcutt, Chase Camp, Trint Camp, Caleb Camp, Evan Camp, Peyton Hodges, and Abby Hodges; two great-grandchildren, Bailey Smith and Bryce Butterworth; several nieces and nephews also survive. The family will receive friends at Jones-Wynn Funeral Home in Douglasville, Tuesday, May 13, 2014 from 5:00 PM until 8:00 PM. Funeral Services will be conducted Wednesday, May 14, 2014 at 4:00 PM at the Chapel of Jones-Wynn Funeral Home in Douglasville. Interment will follow at Meadowbrook Memory Gardens in Villa Rica. Honorary pallbearers will be golfers from St. Andrews Golf and Country Club. Messages of condolence to the family may be sent at www.jones-wynn.com. Jones-Wynn Funeral Home and Crematory of Douglasville is in charge of arrangements. 770-942-2311