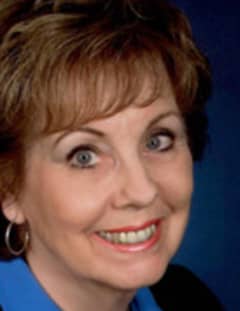 Mrs. Diane Wertz Jones Hitchcock, 79, of Douglasville, Georgia passed away Thursday, November 9, 2017. She was born April 13, 1938 in Aberdeen, South Dakota the daughter of the late Mr. Francis Wertz and the late Mrs. Betty Root Wertz. She worked as a kindergarten teacher for many years. She was the longtime secretary to the Pastor of Lithia Springs First Baptist Church. She was a member of the Lithia Springs First Baptist Church and taught Sunday School for many years. She was a loving and devoted mother, grandmother, and great-grandmother. In addition to her parents, she was preceded in death by her first husband, Dewitt E. Jones; second husband, James Hitchcock; sister, Judy Wertz Fiest; and brothers, Bill Wertz and Richard Wertz. She is survived by two sons, Dewitt Jones of Cartersville and David Jones of Douglasville; one daughter and son-in-law, Cindy and Tommy Craft of Douglasville; brother, John Wertz of Michigan; four grandchildren; one great-grandchild; several nieces and nephews. Memorial Services will be Saturday, November 18, 2017 at 3:00 PM at the Lithia Springs First Baptist Church. Messages of condolence to the family may be sent at www.jones-wynn.com. Jones-Wynn Funeral Home & Crematory of Douglasville is in charge of arrangements. 770-942-2311

Honor the life of Diane Hitchcock