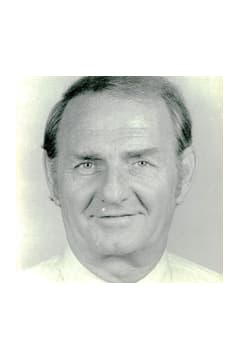 Ret. Col. Deryl Arnold Sisson, 85, of Douglasville, Georgia passed away Sunday, October 8, 2017. He was born July 30, 1932 in Columbus, Ohio the son of the late Mr. Arnold Amos Sisson and the late Mrs. Viola Alice Rader Sisson. A native of Columbus, Ohio, Deryl joined the United States Army early in his adult life, and served 30 years as an Explosive Ordinance Disposal Specialist, retiring as a Colonel. He served in both the Korean and Vietnam Wars and led in clearing the Suez Canal in 1974. He attended the Re-Opening of the Suez Canal on Friday, June 6, 1975 at the Nile Hilton Hotel. During his military career, he was awarded the Bronze Star Medal, Meritorious Service Medal with Oak Leaf Cluster, Army Commendation Medal, National Defense Service Medal, Vietnam Service Medal with 4 Bronze Stars, Vietnam Gallantry Cross, and Vietnam Campaign Medal. Following his retirement from the U.S. Army, he became an entrepreneur in Douglas County, Georgia, first investing and renovating Douglas Bowling Center. He went on to own and operate Pilgreenâs Restaurant, and North Georgia Express Moving Company. He was a CDL Instructor which led him to become a long-haul trucker. He had a strong work ethic. He obtained his Juris Doctorate Degree from Woodrow Wilson College. He taught at the University of Tennessee-Chattanooga. He was a member of the Leroy Duncan Masonic Lodge in Atlanta. He served as a Shriner and was a member of the Yaarab Temple. He was a member of the Douglas County Rotary Club. Sisson Field in Germany is named in his honor. In addition to his parents, he was preceded in death by a sister, Dorothy Sisson. He is survived by his wife of 35 years, Wendy Hitt Sisson of Douglasville; Their Daughter, Chantal Lynn Sisson of Douglasville, His Children and their spouses, Son, Rod Sisson of Carrollton, Son, Kurt and Barbara Sisson of The Villages, FL, and Daughter, Niki Sisson Campbell and her husband, Bob Campbell of Suwanee; eight grandchildren; six great grandchildren. The family will receive friends at Jones-Wynn Funeral Home & Crematory in Douglasville, Saturday, October 14, 2017 from 3:00 PM until 6:00 PM. Funeral Services will be conducted Sunday, October 15, 2017 at 2:00 PM at the Chapel of Jones-Wynn Funeral Home in Douglasville. Interment will follow at Mozley Memorial Gardens in Lithia Springs. Full Military Honors will be provided by the Ft. Benning Army Honor Guard. Those who so desire may make memorial donations in memory of Col. Deryl Sisson to the Seabee Memorial Scholarship Association, P.O. Box 667 Gulfport, MS 39502. Messages of condolence to the family may be sent at www.jones-wynn.com. Jones-Wynn Funeral Home & Crematory of Douglasville is in charge of arrangements. 770-942-2311

Honor the life of Deryl Sisson

Please share a condolence, photo or memory of Deryl. We welcome all condolences that are positive and uplifting that will help family and friends heal.