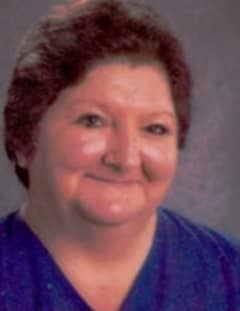 Mrs. Denise Lorriane Griggs Hess, 53, of Winston, Georgia passed away Monday, July 11, 2016 at Wellstar Douglas Hospital. She was born March 27, 1963 the daughter of the late Mr. George Edward Griggs and the late Mrs. Erma Lee Wright Griggs. She worked for the Douglas County Board of Education in the school cafeteria. She was of the Baptist Faith. She loved crafts, crocheting, birds, lighthouses, and the beach. She loved her family, especially her children and her grandchildren. In addition to her parents, he was preceded in death by a sister, Debbie Green. She is survived by her husband, Laurence D. Hess of Winston; daughter, Jessica Miller of Jonesboro; Joseph Miller of North Carolina; four sisters and a brother-in-law, Donna Lee of Douglasville, Roxanne Beasley of Douglasville, Danielle and Jimmy Alexander of Locust Grove, and Susan Griggs of Douglasville; one brother and sister-in-law, David and Sherry Griggs of Douglasville; five grandchildren; several nieces, nephews, great-nieces and great-nephews. The family will receive friends at Jones-Wynn Funeral Home in Douglasville, Monday, July 18, 2016 from 2:00 PM until 3:00 PM. Memorial Services will be conducted Monday, July 18, 2016 at 3:00 PM at the Chapel of Jones-Wynn Funeral Home in Douglasville. In lieu of flowers, contributions in memory of Mrs. Denise Hess may be made to the family for funeral expenses, c/o: Jones-Wynn Funeral Home and Crematory, 2189 Midway Road, Douglasville, GA 30135. Messages of condolence to the family may be sent at www.jones-wynn.com. Jones-Wynn Funeral Home & Crematory of Douglasville is in charge of arrangements. 770-942-2311

Honor the life of Denise Hess

Please share a condolence, photo or memory of Denise. We welcome all condolences that are positive and uplifting that will help family and friends heal.