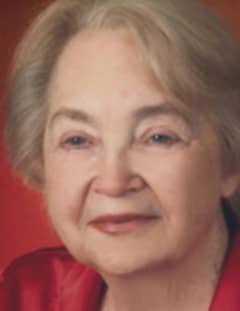 Mrs. Delores Ann âDoodahâ Logan Durden, age 81, of Douglasville, Georgia passed away Friday, October 6, 2017. She was born July 11, 1936 in Monroe, Louisiana the daughter of the late Mr. Henry K. Logan and the late Mrs. Ellen Kemp Logan. She earned her Masterâs Degree in Music. God blessed her with a gift for music and she used her gift to teach and tutor others. She would do anything to help anyone. She was an avid reader and loved to learn. She was a member of Midway United Methodist Church in Douglasville where she served in the choir and she served as a Stephens Minister until December 2016. She was loved by her family, church family and friends. In addition to her parents, she was preceded in death by her husband, Ronald Lee Durden; daughter, Marian Durden; sister, Amy Brown; and brothers, Guy Logan, Tom Logan, and Henry Logan. She is survived by two daughters and sons-in-law, Leslie and Rick Erwin of McDonough and Ronnie and David Proctor of Douglasville; son-in-law, Peter Tuvell; sister and brother-in-law, Sunny and Jim Wells of Ohio; six grandchildren, Luke, Dillon, Chan, Matt, Erick, and Garett; six great-grandchildren, Ava, Mackenzee, Adrianne, Aedan, Alasdair, and Bryson; several nieces and nephews. The family will receive friends at Jones-Wynn Funeral Home in Douglasville Thursday, October 12, 2017 from 2:00 PM until 4:00 PM. Memorial Services will be conducted Thursday, October 12, 2017 at 5:00 PM at Midway United Methodist Church in Douglasville with Pastor Francisco Artley officiating. In lieu of flowers, donations can be made to Midway United Methodist Church âLift Fundâ, 1930 Midway Road, Douglasville, GA 30135. Messages of condolence to the family may be sent at www.jones-wynn.com. Jones-Wynn Funeral Home & Crematory of Douglasville is in charge of arrangements. 770-942-2311

Honor the life of Delores Durden

Please share a condolence, photo or memory of Delores. We welcome all condolences that are positive and uplifting that will help family and friends heal.