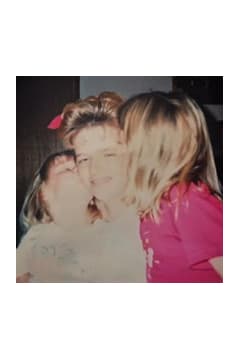 Ms. Debra Anne Pinney Herrington, age 51, of Villa Rica, GA passed away, Tuesday, June 6, 2017. She was born August 18, 1965 in Hingham, Mass the daughter of Mr. Brace Carlos Pinney, Jr. and the late Mrs. Pauline Elizabeth Jenkins. She volunteered at Midwayâs Lifeline Ministries and at RescueCats, Inc. for many years. She was a loving mother and Nana. In addition to her mother, she was preceded in death by her brother, Wayne Pinney. She is survived by her daughters and sons-in-law, Kristin and Randall Morris of Villa Rica, GA, Cherie and Robert Williams of Dallas, TX; father, Brace Carlos Pinney, Jr. of Stockbridge, GA; sisters and brother-in-law, Pam Askew of Stockbridge, GA, Donna and Harold Lawrence of McDonough, GA; brother and sister-in-law, Mark and Kitty Pinney of Stockbridge, GA; three grandchildren, Cohen, Kymber and Kate; several nieces and nephews also survive. The family will receive friends at Jones-Wynn Funeral Home in Villa Rica, GA, Saturday, June 10, 2017 from 10:00 AM until 11:00 AM. Memorial Services will be conducted Saturday, June 10, 2017 at 11:00 AM from the Chapel of Jones-Wynn Funeral Home with Pastor Chad Clifton officiating.In lieu of flowers the family asks that donations be made to Atlanta Humane Society, 981 Howell Mill Road NW, Atlanta, GA 30318.Messages of condolence may be sent to the family at www.jones-wynn.com. Jones-Wynn Funeral Home, Inc. and Cremation Services of Villa Rica in charge of arrangements. 770-459-3694

Please share a condolence, photo or memory of Debra. We welcome all condolences that are positive and uplifting that will help family and friends heal.