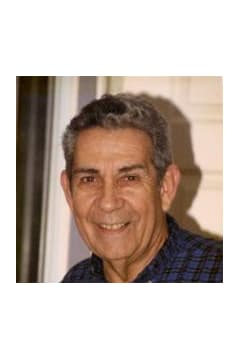 Mr. David Loria Columbus, age 77, of Villa Rica, passed away Monday, January 23, 2012 at Wellstar Douglas Hospital. He was born November 14, 1934 in Keene, NH, the son of the late Mr. Alexander Columbus, Jr. and the late Mrs. Pauline Elizabeth LaMarche Columbus. He was a Lockheed engineer retiring as a Sr. Representive for the L-1011 Aircraft. He was a veteran of the United States Air Force having served during the Korean Conflict. He was a member of the Villa Rica First United Methodist Church where he served as a trustee and also was a member of the Reba Roberds Sunday School Class. He is survived by his wife, Janice âJannaâ Columbus of Villa Rica; sister and brother-in-law, Virginia and Don Hughes of Clovis, CA; brother Philip Columbus of Goode, VA; nieces and nephews, Mary and Ron Starner of Buford, Laura and Mark Doss of Lawrenceville, Tim and Laurel Columbus of Forrest, VA, Kevin and Sherry Hughes of Fresno, CA and Jill Requenio of Fresno, CA. Several grand nieces and nephews also survive. The family will receive friends at Jones-Wynn Funeral Home in Villa Rica, Friday, January 27, 2012 from 5:00 PM until 8:00PM. A Service of Thanksgiving will be conducted Saturday, January 28, 2012 at 1:00 PM from the chapel of Jones-Wynn Funeral Home in Villa Rica with the Rev. Derek Porter and Rev. James Smith. Musical selection will be led by the Villa Rica First Methodist Church Chancel Choir under the direction of Michael Burnaman accompanied by Ricky Quinton at the piano. In lieu of flowers contributions may be made to the Villa Rica First United Methodist Church Building Fund, 1789 Carrollton Villa Rica Highway, Villa Rica Georgia, 30180. Messages of condolence may be sent to the family from www.jones-wynn.com. Jones-Wynn Funeral Home, Inc., Cremation Services and Memorial Gardens of Villa Rica in charge of arrangements. 770-459-3694

Honor the life of David Columbus