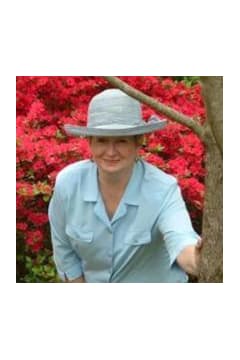 Datha Beck Darby, 78, of Douglasville, met the Lord face-to-face on June 18, 2011. A native of Mableton, Datha married the love of her life, Charles Darby in 1949 and the couple gave birth to three daughters. She worked as a bookkeeper for A&P Groceries for many years, and then at various businesses and offices including WSB Radio, Presbyterian Village, and Douglas Hospital. She was gloriously reborn in 1970 and went on to serve in Sunday School, Bus Ministry, and as President o f the Ladies Auxiliary at Mableton Church of God for many years. She also partnered with her husband Charles in ministering to young adults for more than 35 years. By pointing these young people to Christ, Charles and Datha became spiritual parents to generations of believers. But as anyone who knows her can confirm, it was her personal, one-on-one ministry that will be remembered most. She had a genuine love for others that touched hearts and lives everywhere she went, and those she loved had a friend for life. Her dearest wish was that they meet her one day in Heaven. Charles and Datha moved to Douglasville in 1984, and became a part of Church at Chapel Hill three years ago. After their retirement, they began an internet ministry that witnessed for Christ all over the world for 10 years. Charles and their youngest daughter, Debbie, were there to greet her when she arrived in heaven. Loved ones she leaves behind include Johnnie and Linda Darby Hughes, their children, grandchildren, and great-grandchildren; David and Becky Darby Frix, their children and grandchildren; Ray and Lorraine Beck Adams, their children and grandchildren; brother Theron and Rita Beck of Whitesburg, brother Donnie Beck of Austell, many other dear friends and family members; and countless children in the Lord. Funeral Services will be conducted Wednesday, June 22, 2011 at 11:00 AM at the chapel of Jones-Wynn Funeral Home of Douglasville with Pastor Dave Divine and Dr. Grady Morris officiating. Interment will follow at Georgia Memorial Park in Marietta. The family will receive friends at Jones-Wynn Funeral Home in Douglasville Tuesday, June 21, 2011 from 1:00 PM until 300 PM and from 6:00 PM until 8:00 PM. Messages of condolence may be sent to the family from www.jones-wynn.com. Jones-Wynn Funeral Home Inc., Cremation Services and Memorial Gardens of Douglasville in charge of arrangements. 770-942-2311.

Honor the life of Datha Darby

Please share a condolence, photo or memory of Datha. We welcome all condolences that are positive and uplifting that will help family and friends heal.