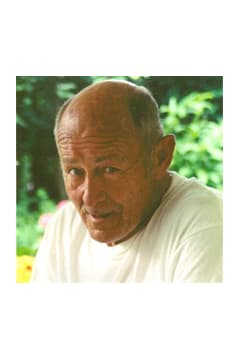 Dan Attaway Mr. Daniel âDanâ S. Attaway, 74, of Temple, Georgia was called home to be with the Lord, Sunday, August 3, 2014 at his home. He was born April 14, 1940 in Dublin, Georgia, the son of the late Mr. Fred Attaway, Sr. and the late Mrs. Lavilla Gay Attaway. He accepted Jesus Christ as his savior and was baptized at age 12, and then he rededicated himself again at the age of 22. He was an independent trucker who owned a Western Star. He began trucking at the age of 18 and continued to stay on the road for 56 years. In addition to his parents, he was preceded in death by his brother, Fred Attaway, Jr.; sister and brother âin-law, Lillian and Jim H. Davidson, Jr.; brother-in-law, John W. âDubâ Jones. He is survived by his wife, Marie Manous Attaway of Temple; two daughters and sons-in-law, Donna and Robert Tanner of Dublin and Sheila and Darrell Davidson of Dudley; stepdaughter, Angie Beck of Temple; stepson, Richard Todd Davis of Temple; two sisters and a brother-in-law, Florence and Ron Byrd of Jacksonville, FL and Violet Jones of Columbus; three grandchildren, Whitney Tanner Holmes and her husband, Heath of Dublin, Jordan Tanner of Dublin, and Zachery Davidson of Dudley; four step grandchildren, Brittany Hudgins of Alabama, Danielle Beck of Acworth, Katrina Beck and Mary Ann Beck both of Temple; several nieces and nephews also survive, as well as many devoted friends. The family will receive friends at Jones-Wynn Funeral Home in Villa Rica, Tuesday, August 5, 2014 from 6:00 PM until 8:00 PM and Wednesday, August 6, 2014 from 1:00 PM until 2:00 PMFuneral Services will be conducted Wednesday, August 6, 2014 at 2:00 PM at the Chapel of Jones-Wynn Funeral Home in Villa Rica with Pastor Harold Duvall officiating. Interment will follow at Melrose Hills Memorial Park in Villa Rica. Messages of condolence to the family may be sent at www.jones-wynn.com. Jones-Wynn Funeral Home and Cremation Services of Villa Rica is in charge of arrangements. 770-459-3694

Honor the life of Daniel Attaway

Please share a condolence, photo or memory of Daniel. We welcome all condolences that are positive and uplifting that will help family and friends heal.