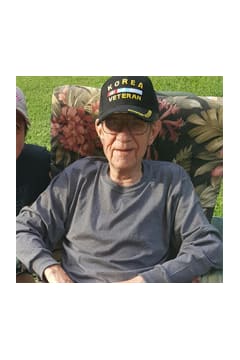 Mr. Dale Ervin Pribbernow, 87, of Douglasville, Georgia, formerly of Michigan, passed away Wednesday, September 7, 2016. He was born December 6, 1928 in Benton Harbor, Michigan, the son of the late Mr. Otto Amel Herman Pribbernow and the late Mrs. Ruth Ida Krieger Pribbernow. He married Gloria Schuhknecht on February 6, 1954 in Benton Harbor, Michigan. He was a veteran having served in the United States Army in the 76th Engineers during the Korean War. He retired from Kliklok Woodmen where he worked in engineer design. In addition to his parents, he was preceded in death by a son, Jeffery Scott Pribbernow on August 24, 2016. He is survived by his wife of 62 years, Gloria Schuhknecht Pribbernow of Douglasville, GA; two daughters and sons-in-law, Tracy Pribbernow Christensen and her husband, Todd Christensen of Benton Harbor, MI and Cynthia Pribbernow and her husband, Jim Hospodarsky of Conyers, GA; son and daughter-in-law, Brad and Karen Pribbernow of Benton Harbor, MI; sister, Joyce Snyder of Ellenton, FL; seven grandchildren; six great-grandchildren; several nieces and nephews. In accordance to his wishes, he was cremated. Daleâs family and friends will celebrate his life at a later date. Messages of condolence to the family may be sent at www.jones-wynn.com. Jones-Wynn Funeral Home & Crematory of Douglasville is in charge of arrangements. 770-942-2311

Honor the life of Dale Pribbernow

Please share a condolence, photo or memory of Dale. We welcome all condolences that are positive and uplifting that will help family and friends heal.