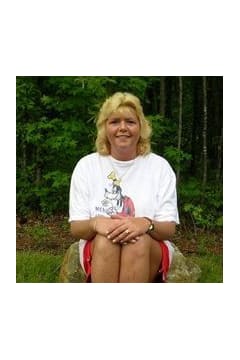 Mrs. Cynthia Lynn Norman Bradley, 50, of Villa Rica, Georgia passed away Tuesday, December 31, 2013. She was born July 21, 1963 the daughter of Mrs. Betty Black Tingley of Stone Mountain and the late Mr. Billy Ray Norman. She was a homemaker and devoted wife, mother and grandmother. In addition to her father, she was preceded in death by her sister, Nancy Norman Tomlin. She is survived by her husband, Patrick Bradley of Villa Rica; daughters, Ashley Huddleston of Villa Rica and Teala Suggs of Bremen; stepson, Matthew Bradley of Ft. Payne, AL; her mother, Betty Tingley of Stone Mountain; brothers, Ray Norman of Conyers and Robert Norman of Dacula; three grandchildren, Zach Huddleston, Zander Huddleston, and Christian Suggs. The family will receive friends at Jones-Wynn Funeral Home in Villa Rica, Friday, January 3, 2014 from 5:00 PM until 8:00 PM. Funeral Services will be conducted Saturday, January 4, 2014 at 11:00 AM at the Chapel of Jones-Wynn Funeral Home in Villa Rica with Rev. Kent Crutcher officiating. Interment will follow at Meadowbrook Memory Gardens in Villa Rica. Messages of condolence may be sent to the family at www.jones-wynn.com. Jones-Wynn Funeral Home and Cremation Service of Villa Rica is in charge of arrangements. 770-459-3694