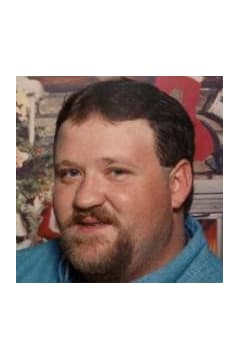 Mr. Curtis Lee Johnson âPokeyâ, age 39, of Lithia Springs, Georgia passed from this life Friday, September 28, 2012. He was born November 18, 1972 in Ashland, Kentucky. He was an avid driver who loved the open road. He drove for Trillum. He wore a baseball cap with a fishhook at all times and he loved sweet tea. Pokey was devoted to his family and he was proud to be an organ donor. He was preceded in death by his father, Curtis Elmer âPugâ Johnson; maternal grandparents, Charles and Faithia Rhoden of Greenup, KY; paternal grandparents, Homer and Thelma Johnson of Hitchins, KY. He is survived by his wife and true love, Pam Voyles of Douglasville; mother and stepfather, Janice and Phil Moore of Lithia Springs; sister and brother-in-law, April and Brett Heath of Douglasville; one daughter, Kristina Johnson of Rochester, New York; HE is also survived by two very precious granddaughters, Alexis and Payton Blair and stepdaughter, Angie Blair. He is also survived by his close-knit family members in Ohio and Kentucky. According to his wishes, his body was cremated. Memorial Services will be conducted Sunday, October 7, 2012 at 3:00 PM from the Chapel of Jones-Wynn Funeral Home in Douglasville. The family will receive friends at Jones-Wynn Funeral Home, Douglas Chapel, Sunday, October 7, 2012 from 1:00 PM until the service time. In lieu of flowers, memorial contributions in his memory may be made to the American Heart Association, PO Box 840692, Dallas, Texas 75284-0692. Messages of condolence may be sent to the family at www.jones-wynn.com. Jones-Wynn Funeral Home & Crematory, Inc. of Douglasville is in charge of arrangements. 770-942-2311

Honor the life of Curtis Johnson

Please share a condolence, photo or memory of Curtis. We welcome all condolences that are positive and uplifting that will help family and friends heal.