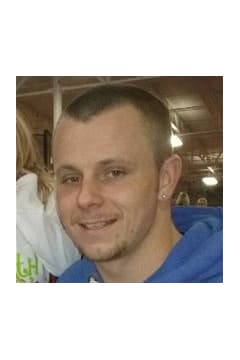 Mr. Cody Dale Crabtree, 26, of Douglasville, Georgia passed away Saturday, September 10, 2016. He was born August 6, 1990 in Atlanta, Georgia the son of the late Mrs. Angela Paige Power and Mr. Johnny Dale Crabtree. He was a member of the Alexander High School Class of 2008 where he enjoyed great success as a basketball player and received a basketball scholarship to Point University. He worked as a plumberâs assistant. He loved his daughter, Lily and fiancé Erin dearly. In addition to his mother, he was preceded in death by his grandmother, Miriam Power. He is survived by his fiancé, Erin Raines of Douglasville; daughter, Lily Mooneyham; father, Johnny Dale Crabtree; two brothers, Daniel Crabtree and Dusty Crabtree both of Douglasville; maternal grandparents, Jerry and Tina Power of Cumming; aunt and uncle, DeAnna and Ben Clark of Douglasville; cousins, Josh Adair, Amber Adair, Jessie Power, Ashley Wolfson, Austin Power; several additional aunts, uncles, cousins and extended family and friends. The family will receive friends at Jones-Wynn Funeral Home in Douglasville Sunday, September 18, 2016 from 6:00 PM until 9:00 PM. Funeral Services will be conducted Monday, September 19, 2016 at 2:00 PM at the Chapel of Jones-Wynn Funeral Home in Douglasville with Dr. Joel Strawn officiating. Following the funeral service and in accordance to his wishes, the body will be cremated. Messages of condolence to the family may be sent at www.jones-wynn.com. Jones-Wynn Funeral Home & Crematory of Douglasville is in charge of arrangements. 770-942-2311

Honor the life of Cody Crabtree

Please share a condolence, photo or memory of Cody. We welcome all condolences that are positive and uplifting that will help family and friends heal.