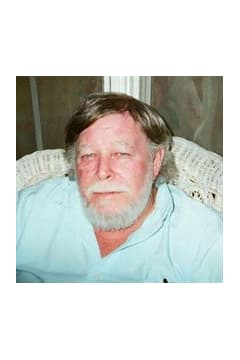 Doug Harris Mr. Claude Douglas Harris, Sr., 67, of Douglasville, Georgia passed away Tuesday, March 8, 2016. He was born March 5, 1949 in Bastrop, Louisiana, the son of the late Mr. James I. Harris and the late Mrs. Lois Cantrell Harris. He worked in the General Construction and Pool Construction industries. He enjoyed crafts and building. He enjoyed going to yard sales and loved antiques and old Western memorabilia. In addition to his parents, he was preceded in death by his wife, Mildred Tyson Harris; grandson, Dewayne Crowder, Jr.; brother, Kenneth Harris and sister, Kandy Graven. He is survived by three daughters and sons-in-law, Kellie and Dwayne Miller of Villa Rica, Shelia and Dewayne Crowder of Carrollton, and Belinda Kitchens of Bastrop, LA; two sons and daughters-in-law, Doug and Lettie Harris of Centre, AL and Cory and Renee Spivey of Blairsville; four brothers and sisters-in-law, Roger and Marjorie Harris of Douglasville, Jimmy and Brenda Harris of Douglasville, Wimpford and Judy Harris of Arkansas, Bobby Harris of Douglasville; 19 grandchildren; 21 great-grandchildren; numerous nieces and nephews. The family will receive friends at Jones-Wynn Funeral Home in Douglasville, Thursday, March 10, 2016 from 6:00 PM until 9:00 PM and Friday, March 11, 2016 from 6:00 PM until 9:00 PM. Funeral Services will be conducted Saturday, March 12, 2016 at 4:00 PM at the Chapel of Jones-Wynn Funeral Home in Douglasville with Brother Joe Youngblood officiating. Interment will follow at Sunrise Memorial Gardens. Messages of condolence to the family may be sent at www.jones-wynn.com. Jones-Wynn Funeral Home and Crematory of Douglasville is in charge of arrangements. 770-942-2311

Please share a condolence, photo or memory of Claude Douglas. We welcome all condolences that are positive and uplifting that will help family and friends heal.