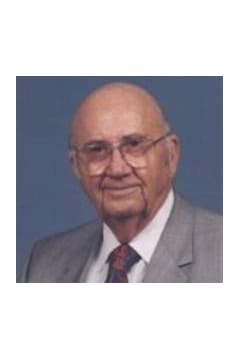 Clarence M. Verdell, 93, of 4604 Perkins Road, Baton Rouge, Louisiana, formally of North Avenue, Villa Rica, Georgia, died Tuesday, January 3, 2012, at Our Lady of the Lake Regional Medical Center in Baton Rouge. He was born January 6, 1918, in Houschton, Georgia, he was the son of the late Rev. Clarence M. Verdel and the late Della Mae Stephens Verdel. He attended Villa Rica High School in Villa Rica, Georgia, and West Georgia College, with a study concentration in Business. Mr. Verdell was a veteran of WWII and served in the Army in the Pacific Theatre from 1944 to 1946 in the Philippines. Clarence was a Methodist and very active in his church, the Villa Rica First United Methodist Church, serving in most leadership positions in the church over the many decades of his membership, he was also a faithful member of the Chancel Choir. He was recognized as a Fellow of the Society of John Wesley, made Trustee Emeritus of the Villa Rica First United Methodist Church, commended for his long-time service to the Boy Scouts, and recognized for his 79 years of service to his local church. He will be greatly missed by his friends, fellow church members, and âthe Board of Directorsâ. He was an avid supporter of the local library systems and recognized for service on the board of the West Georgia Regional, Carroll County, and Villa Rica Libraries. He was an Emeritus member of Villa Rica Lodge #72 F&AM, where he served as Worshipful Master in 1956. He was the oldest living Worshipful Master of the Lodge. Mr. Verdell retired as a Vice President and Director of Fulton Supply Company in Atlanta and Carrollton. During his career with Fulton Supply Company he served as Vice President of Purchasing. Additionally, he served as President of the Purchasing Management Association of Georgia, and Director for National Affairs of the National Association of Purchasing Management. After 40 years of service, he retired in 1982 as manager of the Carrollton, Georgia, location of Fulton Supply Company. In addition to his parents he was preceded in death by his wife, Mary Elizabeth Kilgore Verdell; brother, Stanley Verdel and sister, Catherine Herrick. Survivors include his daughter and son-in-law, Clare and Dr. Billy Couvillion of Baton Rouge, Louisiana; grandson Michael Seaton of Carrollton, Georgia; grandson David Seaton and wife Sara of Carrollton, Georgia; son and daughter-in-law Bill and Brenda Verdell of Inman, South Carolina; grandchildren: Stephen Verdell of Spartanburg, South Carolina; David and Cheryl Verdell of Inman, South Carolina; Elizabeth and Kenneth Walter of Boiling Springs, South Carolina; and five great-grandchildren: Emily, Molly, and Baily Verdell of Inman, South Carolina, and Lindsey and Reese Walter of Boiling Springs, South Carolina. The family will receive friends at Jones-Wynn Funeral Home in Villa Rica, Georgia, Friday, January 6, 2012 from 5:00 PM until 8:00 PM. Funeral services will be conducted Saturday, January 7, 2012 at 1:00 PM from the Villa Rica First United Methodist Church, with Rev. Terry Phillips and Rev. Derek Porter officiating. Interment will follow in the Hillcrest Cemetery in Villa Rica, Georgia. Memorials may be made to the Villa Rica First United Methodist Church Building Fund, Villa Rica First United Methodist Church, 1789 Carrollton-Villa Rica Highway, Villa Rica, Georgia 30180. Messages of condolences may be sent to the family at www.jones-wynn.com Jones-Wynn Funeral Home, Inc., Cremation Services, and Memorial Gardens of Villa Rica, in charge of arrangements. 770-459-3694 .

Honor the life of Clarence Verdell

Please share a condolence, photo or memory of Clarence. We welcome all condolences that are positive and uplifting that will help family and friends heal.