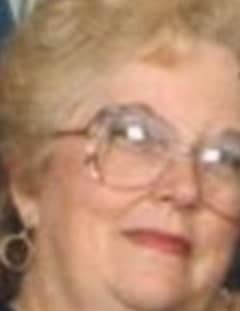 Mrs. Clara Bell Walker Humphries, age 74, of Columbia, Tennessee passed away Monday, June 27, 2011. She was born February 20, 1937 in Atlanta, the daughter of the late Mr. Henry McClure Walker and the late Mrs. Minnie McCracken Walker. She was a member of Pleasant Hill Baptist Church in Powder Springs and was a homemaker. She was devoted to her family and was a loving mother, grandmother and great-grandmother. In addition to her parents, she was preceded in death by her husband, Donald Richard Humphries, Sr. She is survived by her daughters and sons-in-law, Joan Marie Shirley and her husband, Stewart of Columbia, TN; and Denise Carline Pritchett and her husband, Wayne of Winston; sons and daughters-in-law, Rev. Donald Richard Humphries, Jr. and his wife, Shanda Humphries of Douglasville; and Robert Henry Humphries and his wife, Sharon Humphries of Dallas; one sister, Fay Hughes of Atlanta; brother and sister-in-law, Robert and Marion Walker of New Jersey; 12 grandchildren; 5 great-grandchildren; several nieces and nephews also survive. Funeral Services will be conducted Thursday, June 30, 2011 at 11:00 AM from the Chapel of Jones-Wynn Funeral Home in Douglasville with Rev. Don Humphries officiating. Private interment will follow at Pleasant Hill Baptist Church Cemetery. The family will receive friends at Jones-Wynn Funeral Home, Douglas Chapel, Wednesday, June 29, 2011 from 5:00 PM until 8:00 PM. In lieu of flowers, contributions in memory of Mrs. Clara Humphries may be made to Jones-Wynn Funeral Home, 2189 Midway Road, Douglasville, Georgia 30135, for expenses. Messages of condolence to the family may be sent to www.jones-wynn.com. Jones-Wynn Funeral Home, Inc., Cremation Services and Memorial Gardens of Douglasville in charge of arrangements. 770-942-2311

Honor the life of Clara Humphries