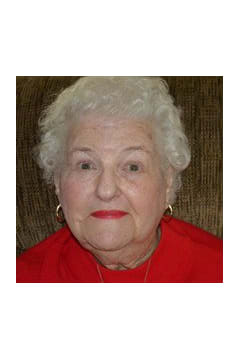 Mrs. Clara Estelle Campbell passed peacefully and joined her Lord and Savior Tuesday, March 5, 2019 in Lakeview, Oregon. Clara was born May 27, 1922 to Ernest and Ola Tyson in Villa Rica, Georgia. She often spoke of her childhood and her humble beginnings as a barefoot little girl picking cotton. She dreamed of the big city and at the age of 19 she moved to Atlanta, Georgia and started working for Sears Roebuck in the catalog department. She met and married Owen James Campbell on October 25, 1945; they were married for 42 years until his death May 31, 1987. They welcomed their son Gregory Ernest Campbell on May 18, 1961. She loved to travel and boasted she had her foot in 48 states and traveled to Russia, New Zealand, Australia, Canada and even saw Buckingham Palace. She loved to cook (collards), garden and sew and with her southern accent every word ended with an âRâ. Clara has joined her Husband, Mother and Father, Sister Martha, Brothers Joe, Bobby, Harold and Leonard Tyson in heaven.She is survived by her son Gregory (Jodi) granddaughter Kaley Campbell, In laws Fine and Mary Anderson, sister in law Masako Tyson, nieces, nephews and beloved friends.There will be a Celebration of Life at Jones-Wynn Funeral Home in Villa Rica, Georgia and then will be laid to rest next to her husband on March 10, 2019.

Honor the life of Clara Campbell