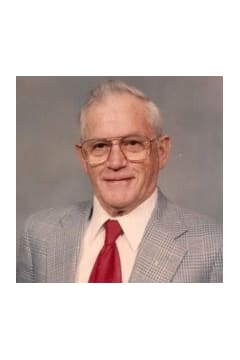 Mr. C.L. Cheatham, age 92, of Douglasville, Georgia passed away Tuesday, March 19, 2013 at his home. He was born May 22, 1920 in Cobb County, Georgia the son of the late Mr. George Montgomery Cheatham and the late Mrs. Clara Burnett Cheatham. He was a Veteran of the U.S. Army. He retired from General Motors as an electrician. Mr. Cheatham was a devoted member of Ebenezer Baptist Church where he served on the cemetery committee for many years. In addition to his parents he was preceded in death by his first wife, Dorothy âDotâ Barron Cheatham; sister, Ann Cheatham Yates; brothers, Ray Cheatham, Ben Cheatham, and Ernest Cheatham. He is survived by his second wife, Jane Sorg Cheatham of Douglasville; brothers, Kenneth Cheatham of Powder Springs; and James Cheatham of Adairsville; sister and brother-in-law, Audrey and Jack Cole of Adairsville; several nieces and nephews also survive. The family will receive friends at Ebenezer Baptist Church, 7305 Highway 166, Douglasville, Georgia Thursday, March 21, 2013 from 3:00 PM until 4:00 PM. Funeral Services will be conducted Thursday, March 21, 2013 at 4:00 PM at Ebenezer Baptist Church with Rev. Mike Powers, Rev. Jeff Childress and Rev. Terry Braswell officiating. Interment will follow at Ebenezer Baptist Church Cemetery. In lieu of flowers, memorial contributions in memory of Mr. C.L. Cheatham may be made to your favorite charity. Messages of condolence may be sent to the family at www.jones-wynn.com. Jones-Wynn Funeral Home & Crematory, Inc. of Douglasville is in charge of arrangements.