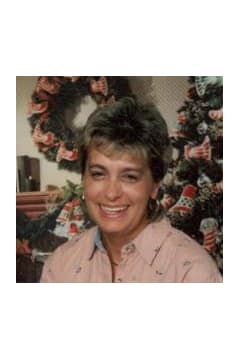 Mrs. Cindy Peek Lackey, age 63, of Temple, Georgia formerly of Douglas County, Georgia passed away Sunday, September 2, 2012 at Wellstar Douglas Hospital. She was born August 18, 1949 in Atlanta, Georgia the daughter of Mrs. Eleanor Giles Peek and Mr. James Merritt Peek. She was a homemaker and was a devoted, loving mother to her four daughters. She was preceded in death by her husband, Larry Edward Lackey. She is survived by her loving mother and father, Eleanor Giles Peek and James Merritt Peek of Lithia Springs; four daughters and son-in-law, Kelly and Chris Hines of Tallahassee, FL, Kimberly Lackey of Temple, Amy Lackey of Villa Rica, and Lissa Kimball of Atlanta; her brother and sister-in-law, James âJimâ and Maria Peek of Douglasville; five grandchildren. The family will receive friends at Jones-Wynn Funeral Home, Douglas Chapel, Tuesday, September 4, 2012 from 5:00 PM until 9:00 PM. Funeral Services will be conducted Wednesday, September 5, 2012 at 11:00 AM at the Chapel of Jones-Wynn Funeral Home in Douglasville. Interment will follow at Mozley Memorial Gardens in Lithia Springs. In lieu of flowers contributions in memory of Mrs. Lackey may be made to the family c/o: Jones-Wynn Funeral Home, 2189 Midway Road, Douglasville, Georgia 30135. Messages of condolence may be sent to the family at www.jones-wynn.com. Jones-Wynn Funeral Home, Inc., Cremation Service and Memorial Gardens of Douglasville in charge of arrangements. 770-942-2311

Honor the life of Cindy Lackey

Please share a condolence, photo or memory of Cindy. We welcome all condolences that are positive and uplifting that will help family and friends heal.