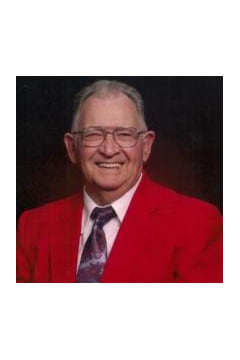 Mr. Charlie G. Wallace, age 87, of Douglasville, Georgia passed away Sunday, June 24, 2012 at Wellstar Tranquility Hospice. He was born March 10, 1925 in Atlanta, Georgia the son of the late Mr. John Wesley Wallace and the late Mrs. Merkie Lillie Hardy Wallace. He was a veteran of the United States Navy having served in World War II. He retired as a supervisor from Simmons Company following thirty five years of service. Mr. Wallace was a longtime member of Central Baptist Church. In addition to his parents, he was preceded in death by his wife, Lois Kight Wallace; daughter, Rebecca Sue Wallace; and brothers, Johnny Wallace and James T. âTommieâ Wallace, Sr. He is survived by several nieces, nephews, great-nieces and great-nephews. The family will receive friends at Jones-Wynn Funeral Home, Douglas Chapel Tuesday, June 26, 2012 from 5:00 PM until 8:00 PM. Funeral Services will be conducted Wednesday, June 27, 2012 at 11:00 AM from the Chapel of Jones-Wynn Funeral Home in Douglasville. Interment will follow at Douglasville City Cemetery with military honors provided by the United States Navy Honor Guard. Serving as pallbearers will be deacons from Central Baptist Church. Messages of condolence may be sent to the family at www.jones-wynn.com. Jones-Wynn Funeral Home, Inc., Cremation Service and Memorial Gardens of Douglasville in charge of arrangements. 770-942-2311

Honor the life of Charlie Wallace

Please share a condolence, photo or memory of Charlie. We welcome all condolences that are positive and uplifting that will help family and friends heal.