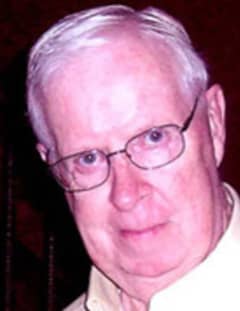 Mr. Charles Cleveland Scovill, Jr., age 81, of Douglasville, Georgia passed away Thursday, July 2, 2015 at Wellstar Tranquility Hospice, following an extended illness. He was born October 22, 1933 in Mississippi, the son of the late Mr. Charles Cleveland Scovill, Sr. and the late Mrs. Miriam Crutchfield Scovill. He was a veteran having served in the U.S. Army during the Korean Conflict. He worked as a machine mechanic for Tetley Tea. He enjoyed fishing. Mr. Scovill was a member of Dorsett Shoals Baptist Church. In addition to his parents, he was preceded in death by his wife, Jeraldine âJerriâ Miller Scovill. He is survived by one daughter and son-in-law, Deenie and Jim Cook of Douglasville; one son, Theodore âTedâ Cleveland Scovill of Douglasville; four grandchildren, Jennifer Cook, Joshua Cook, Jeremiah Cook, and Brian Scovill. The family will receive friends at Jones-Wynn Funeral Home in Douglasville, Friday, July 3, 2015 from 4:00 PM until 6:00 PM. Funeral Services will be conducted Friday, July 3, 2015 at 6:00 PM at the Chapel of Jones-Wynn Funeral Home in Douglasville. Cremation will follow the service. Messages of condolence to the family may be sent at www.jones-wynn.com. Jones-Wynn Funeral Home & Crematory of Douglasville is in charge of arrangements. 770-942-2311

Honor the life of Charles Scovill