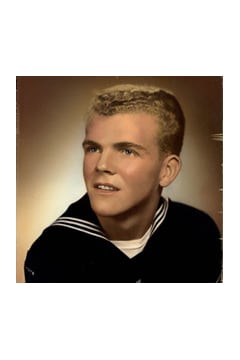 Larry KayMr. Charles âLarryâ Kay, 73, of Douglasville, Georgia passed away Friday, November 6, 2015 at Wellstar Douglas Hospital. He was born June 21, 1942 in Carnesville, Georgia, the son of the late Mr. Willie Louis Kay and the late Mrs. Belle Cole Kay. He was a veteran having served in the United States Navy on several ships, including the USS Yancey, during the Cuban Missile Crisis. He worked as a steamfitter for Player Company. He was a member of the Plumbers & Steamfitters Local Union #72. Larry was a member of Enon Baptist Church in College Park.In addition to his parents, he was preceded in death by a brother, Benny Kay; and his caregiver and niece, Kimberly Kay. He is survived by his sisters, Betty Fraas and Mary Horsley both of Fayetteville; brothers and a sister-in-law, William Kay of Carrollton, Robert and Julia Kay of College Park, and Dr. James Kay of Douglasville. He is also survived by nephew, Dr. Michael Kay, who was his primary caregiver and considered like a son to Larry. He is survived by numerous nieces and nephews, as well. The family will receive friends at Jones-Wynn Funeral Home in Douglasville Tuesday, November 10, 2015 from 1:00 PM until 2:00 PM with a brief memorial service beginning at 2:00 PM at the Chapel of Jones-Wynn Funeral Home in Douglasville with Rev. Jim Grieme officiating. Messages of condolence to the family may be sent at www.jones-wynn.com. Jones-Wynn Funeral Home & Crematory of Douglasville is in charge of arrangements. 770-942-2311

Please share a condolence, photo or memory of Charles Larry. We welcome all condolences that are positive and uplifting that will help family and friends heal.