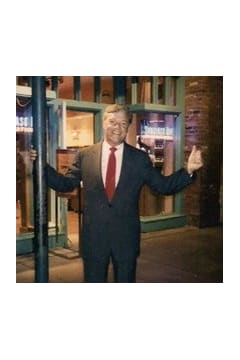 After a fruitful and joyous life, Mr. Charles Daniel “Gran-Dan” Gubbins, age 71, of Carrollton, Georgia has continued his journey to join Our Lord when he passed away on January 6, 2016 in Villa Rica, Georgia. Dan, as he was known to both friend and family, was born to Mr. & Mrs. Charles Joseph Gubbins of Elmira, New York on October 17, 1944. Dan graduated from Elmira SHS in 1962 and after attending college at Corning Community College in New York, he embarked on several fortuitous adventures which lead him to eventually retire and settle in West Georgia to be close to his children and grandchildren.Known to all as a polite and generous man, Dan always met both friend and stranger with an infectious smile and warm kindness and although not a native of the South, could never be accused of not being a true gentleman’s gentleman. A private man but always mindful of his duty to GOD, family and friend would be the first to offer help to a stranger and even spend time with the sick and the dying all the while never seeking any accolades nor recognition for his kindness.Dan was preceded in his journey by his parents and first daughter, Theresa Ann, and he is survived by those of us who shall one day follow which include: his son, Craig Daniel Gubbins, daughter-in-law, Janet Powell Gubbins, grandson and namesake, Coleman Daniel Gubbins and granddaughter Haley Danielle Isabelle Gubbins; his daughter, Jennifer Ann Gubbins White, son-in-law, Kevin Andrew White, granddaughter, Victoria Elizabeth White, grandson, Thomas Franklin White, grandson Benjamin Patrick White, grandson, Johnathan Samuel White and granddaughter, Katheryne Annastasia White, all of Carrollton, Georgia; his son, Paul Daniel Ridgeway and grandson, Landon, both of Cleveland, Tennessee ; and Maureen R. Gubbins, sister, and Lisa Courtney Weston, niece, both of Bethlehem, Georgia and Robert William Weston, and family, nephew, of New York.As the LORD GOD formed man from the dust of the ground and breathed into his nostrils, the breath of life, so that he might become a living soul, so shall we all return to the dust of the ground from which we all came; so in accordance to his final wishes, after our much beloved patriarch, Dan, continued his journey to our LORD, his remains were entrusted to the Jones-Wynn Funeral Home in Villa Rica for cremation so that his remains would return to dust from which we all came.Messages of condolence may be sent to the family at www.jones-wynn.com. Jones-Wynn Funeral Home, Inc. and Cremation Services of Villa Rica, Georgia in charge of arrangements. 770-459-3694

Honor the life of Charles Gubbins