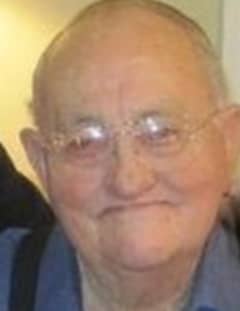 Charles Raymond âRayâ Deisher passed away Wednesday, November 25, 2015 at Floyd Medical Center in Rome, GA., surrounded by family.He was born February 10, 1934, the oldest son of Loren and Mildred (Highsmith) Deisher in St Francisville, IL. He graduated from Mt. Carmel High School, Mt Carmel, IL in 1952, where he was very active in the Future Farmers of America. He married the love of his life, Barbara Jean Franklin, on June 19, 1954 at the First Methodist Church in Mt Carmel. He worked most of his life in the oil profession, retiring from Total Petroleum in Ardmore, OK in 1996, after 20 years of service. While living in Ardmore, Ray continued his love of farming by raising cattle and horses at the Ray-Barb Ranch in Dickson, OK. He was also a member of the OKIE 100 Riding Club in Lone Grove, OK.In 2000, Ray and Barb moved back to Mt. Carmel to be around family and friends. Ray was a member of the Mt Carmel Elks Club and enjoyed shooting pool and playing cards. He is preceded in death by Barbara, his wife of 59 years and parents, Loren and Mildred Deisher, and oldest daughter, Lisa Rae Jones. He is survived by daughters Deborah Jo Campbell and husband Jim of Lake Charles, LA and Jean Ann Gribble and fiancé Phillip Berry of Douglasville, GA; son-in-law, Dennis Jones of Marietta; brothers, Harold Clayton Deisher and wife Nancy of Lawrenceville, IL and Kenneth Wayne Deisher and wife Beverly of Fredrickstown, MO; grandchildren Jimmy Campbell and wife Breanne of Spring, TX, Jason Campbell and wife Kara of Maineville, OH, Marisa Getz and husband Andy of Lake Charles, LA, Alyssa Lunn and husband, Jeff of Marietta, GA and great-grandchildren Hadley and Dalton Campbell, Alyssa Pace and Kylie Campbell, Anthony, Cailin and Ethan Getz and the future Ethan Lunn, along with many nieces and nephews. There will be a memorial graveside service in the spring, and Mr. Deisher will be laid to rest at Highland Memorial Cemetery in Mt. Carmel, IL. Messages of condolence may be sent to the family at www.jones-wynn.com. Jones-Wynn Funeral Home and Crematory of Douglasville in charge of arrangements. 770-942-2311

Honor the life of Charles Deisher