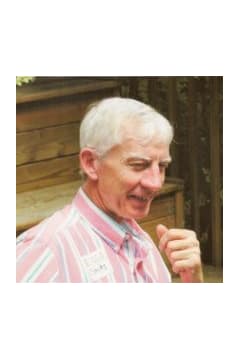 Mr. Charles âCharlieâ Garner Loden, age 73, of Douglasville, was lifted up and carried to eternal home with Our Lord on Saturday, December 14, 2013. He was born December 28, 1939 in Canton, GA the son of the late Mr. Ernest Loden and the late Mrs. Mary Lou Loden. Charles was a graduate of Barrien County High School class of 1958 and a member of the Air Force Reserve. He is survived by his wife, Joan Elizabeth Loden of Douglasville; loving sons, Allen Loden of Dallas, Billy Loden of Douglasville, Kenny Butterworth and Wayne Butterworth of Lithia Springs; loving daughter, Robin Loden Baker of Douglasville; He was a very proud grandfather to Bobby, Derek and Brook Loden, Austin and Charlsey Loden, Kelly Butterworth and Desireeâ Butterworth, Michael, Heather, and Brandon McCarty; fifteen great grandchildren. His loving brother, Ernest Loden and wife, Cheryl of Canton; loving sister, Linda Vann of Marietta. Several nieces and nephews also survive. Mr. Loden was employed with a local heat treating company since 1960 and took great pride in the quality of his work he put out. He was of the Baptist faith. Charles was an avid sports fan, Nascar being his favorite and enjoyed going to the tracks often to see his favorite drivers. He also had a passion for his four legged children, Dixie, Rebel, Bully, Ginger, Pebbles, Rosie and many before them. Charles was a kind man with a gentle tender soul whose heart touched many throughout his life. He will be greatly missed by all who ever knew and loved him. The family will receive friends at Jones-Wynn Funeral Home in Douglasville Sunday, December 15, 2013 from 5:00 PM until 9:00 PM. Funeral Services will be conducted Monday, December 16, 2013 at 3:00 PM from the chapel of Jones-Wynn Funeral Home with Evangelist Dean Baker officiating. Mr. Loden will be cremated following the services. Messages of condolence may be sent to the family at www.jones-wynn.com. Jones-Wynn Funeral Home and Crematory of Douglasville in charge of arrangements.