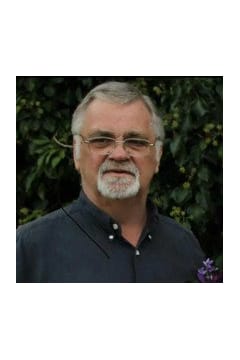 Mr. Charles Edward Post, Sr, âBuddyâ, age 78, of Heflin, Alabama, formerly of Douglasville, passed away Friday, March 1, 2019. He was born January 26, 1941, the son of the late Mr. Charles Benjamin Post and Mrs. Lois Crowder Post. He worked as an auto body technician for over 50 years. Mr. Post served in the Coast Guard and was of the Baptist faith. He enjoyed going to the casino, hunting and spending time in the mountains. Mr. Post was a loving husband, father and grandfather. In addition to his father, he is preceded in death by his grandson, Matthew Post. He is survived by his wife of nearly 60 years, Mrs. Jessica Jo Ayers Post of Heflin, Alabama; his children and their spouses, Angie and Tommy Westbrook of Powder Springs, Georgia, Eddie Post of Ellenwood, Georgia, Scott Post of LaGrange, Georgia and Amy and Joel Chupp of Heflin, Alabama; his mother, Mrs. Lois Crowder Post of Heflin, Alabama; his sisters, Beverly Adams of Austell, Georgia, Emily Ayers of Heflin, Alabama and Sandra Cochran of Powder Springs, Georgia; his brother and his wife, Kenny and Donna Post of Lineville, Alabama; three sisters-in-law, June Wilson and Sandra Eason, both of Douglasville, Georgia and Beckie Orr of Temple, Georgia; 10 grandchildren, 18 great-grandchildren and several nieces and nephews also survive. The family will receive friends at Jones-Wynn Funeral Home of Douglasville Sunday, March 3, 2019 from 4:00 PM until 8:00 PM. Funeral Services will be conducted Monday, March 4, 2019 at 2:00 PM from The Chapel of Jones-Wynn Funeral Home of Douglasville with Rev. James Owens officiating. Interment will follow at Sunrise Memorial GardensMessages of condolences may be sent to the family at www.jones-wynn.com. Jones-Wynn Funeral Home and Crematory of Douglasville is in charge of arrangements. 770-942-2311

Please share a condolence, photo or memory of Charles “Buddy”. We welcome all condolences that are positive and uplifting that will help family and friends heal.