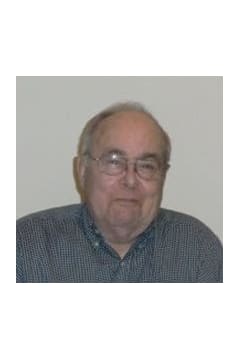 Mr. Cecil Wayne Hill, age 74, of Douglasville, Georgia passed away Sunday, February 16, 2014. He was born February 25, 1939 in Blairsville, Georgia the son of the late Mr. Fain Smith Hill and the late Mrs. Mozelle Patton Hill. He retired as a truck driver and mechanic. He was of the Baptist Faith. In addition to his parents, he was preceded in death by his son, Bobby Wayne Hill. He is survived by his wife, Rebecca âDotâ McDonald Hill of Douglasville; daughters and sons-in-law, Sherry and Jimmy Blair of Douglasville and Connie and Jack Whitaker of Newnan; threebrothers and sisters-in-law, Charles Fain and Marie Hill of Douglasville, Gary Paul Hill of Hiram, and Randy Warren and Linda Hill of Douglasville; six grandchildren and their spouses, Becky and Dustin Preston of Dallas, Travis and Alexa Dukes of Knoxville, TN, Jeffrey and Heather Blair of Villa Rica, Bradley Hill of Carrollton, Zack Whitaker of Newnan, and Taylor Whitaker of Newnan; two great-grandchildren, Zack Dukes and Zane Dukes both of Knoxville, TN; several nieces and nephews. The family will receive friends at Jones-Wynn Funeral Home in Douglasville, Tuesday, February 18, 2014 from 5:00 PM until 8:00 PM. Funeral Services will be conducted Wednesday, February 19, 2014 at 3:00 PM at the Chapel of Jones-Wynn Funeral Home in Douglasville with Pastor Henry Swofford officiating. Interment will follow at Powder Springs Memorial Gardens. Messages of condolence to the family may be sent at www.jones-wynn.com. Jones-Wynn Funeral Home and Crematory Inc. of Douglasville is in charge of arrangements. 770-942-2311

Honor the life of Cecil Hill

Please share a condolence, photo or memory of Cecil. We welcome all condolences that are positive and uplifting that will help family and friends heal.