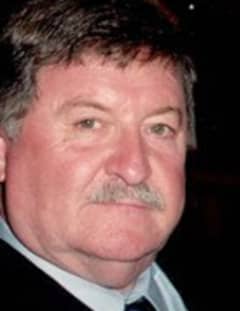 Mr. Carroll Lamar Winfrey, 71, of Lithia Springs, Georgia passed away Monday, August 21, 2017. He was born August 29, 1945 in Savannah, Georgia, the son of the late Mr. Carroll Lamar Winfrey, Sr. and the late Mrs. Ruth Pettitt Winfrey. He retired from the elevator industry in 2003, and he attended the Lithia Springs First Baptist Church. Lamar was most known for his love of cars, his quick wit, his never-ending knowledge of everything, his ever faithful support of the Georgia Bulldogs, and most of all, his love for family and friends. He is survived by Martha Winfrey; two sons and daughters-in-law, Craig and Janice Winfrey and Todd and Rebecca Winfrey all of Marietta; sister, Teresa Winfrey McDonald of Florida; brother, Scott Winfrey of Snellville; five grandchildren, Claire Winfrey, Evelyn Winfrey, Nicholas Winfrey, Isobel Winfrey, Annalise Winfrey; several nieces and nephews. The family will receive friends at Jones-Wynn Funeral Home in Douglasville, Sunday, August 27, 2017 from 1:00 PM until 3:00 PM. Memorial Services will be conducted Sunday, August 27, 2017 at 3:00 PM at the Chapel of Jones-Wynn Funeral Home in Douglasville with Chaplain Jud Henley officiating. Messages of condolences to the family may be sent at www.jones-wynn.com. Jones-Wynn Funeral Home & Crematory of Douglasville is in charge of arrangements. 770-942-2311

Honor the life of Carroll Winfrey

Please share a condolence, photo or memory of Carroll. We welcome all condolences that are positive and uplifting that will help family and friends heal.