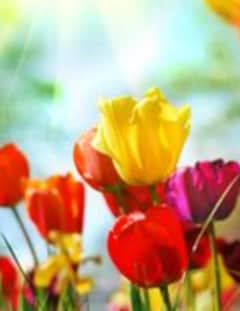 Carrie Nell Camp LeeMrs. Carrie Nell Camp Lee, age 84, of Villa Rica, passed away, Friday, May 9, 2014. She was born July 13, 1929 in Carroll County, GA the daughter of the late Mr. James Herschel Camp and the late Mrs. Dolly Viola Kirby Camp. She was a homemaker, loving mother and grandmother. In addition to her parents she was preceded in death by her husbands, William Jack Lee and Ed Hall; brothers, Leonard Camp and Thomas Camp.She is survived by her daughter and son-in-law, Receda Gray-Black and Charles Black of Marietta; granddaughter, Roza LeAhna Gray of Marietta, sister and brother-in-law, Allie and Wallace Busby of Villa Rica; brothers and sisters-in-law, Larry and Oneila Camp of Carrollton, Lemuel and Malinda Camp of Villa Rica and a number of nieces and nephews also survive. The family will receive friends at Jones-Wynn Funeral Home in Villa Rica, Tuesday, May 13, 2014 from 6:00 PM until 8:00 PM. Funeral Services will be conducted Wednesday, May 14, 2014 at 3:00 PM from the Chapel of Jones-Wynn Funeral Home with Dr. David Marshall and Karen Cross officiating. Eulogy will be provided by Roza Gray. Interment will follow at Meadowbrook Memory Gardens in Villa Rica. Messages of condolence may be sent to the family at www.jones-wynn.com. Jones-Wynn Funeral Home, Inc. and Cremation Services of Villa Rica in charge of arrangements. 770-459-3694

Honor the life of Carrie Lee

Please share a condolence, photo or memory of Carrie. We welcome all condolences that are positive and uplifting that will help family and friends heal.