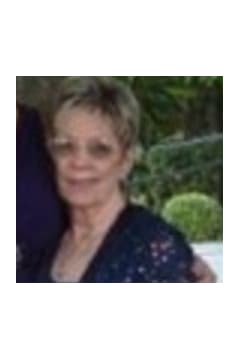 Mrs. Carol Cargile Kerfoot, age 70, of Winston, Georgia passed away Thursday, March 7, 2013. She was born January 2, 1943 in Miami, Florida the daughter of the late Mr. Thomas Marvin Cargile and the late Mrs. Oma Martin Cargile. She was of the Methodist Faith and she was a homemaker. She was devoted to her family. In addition to her parents, she was preceded in death by her husband, Charles Graham Kerfoot, Jr. on January 14, 2013; and sister, Peggy Cargile Folsom. She is survived by her daughter and son-in-law, Deana and David Johnson of Winston; sister, Bette Heinzl of Merritt Island, FL; brother and sister-in-law, Thomas M. and Lana Cargile of Chipley, FL; grandchildren and their spouses, Darrell and Joy Johnson of Dallas, Chris and Jessica Johnson of Winston and great-grandchild, Rory Johnson; four step-children and their spouses, Virginia and Russell Brown of Sanford, FL, Dianna Graham and Nancy Jean Davis both of Knoxville, TN, and Robert E. and Barbara Kerfoot of Merritt Island, FL; five grandchildren; one great-grandchild; several nieces and nephews. According to her wishes, her body was cremated. Messages of condolence may be sent to the family at www.jones-wynn.com. Jones-Wynn Funeral Home & Crematory, Inc. of Douglasville is in charge of arrangements. 770-942-2311

Honor the life of Carol Kerfoot

Please share a condolence, photo or memory of Carol. We welcome all condolences that are positive and uplifting that will help family and friends heal.