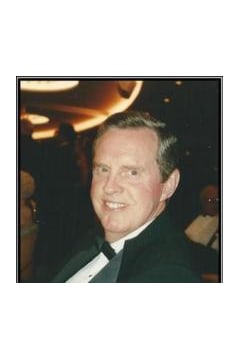 Mr. Carl Bruce Hegler, age 72, of Villa Rica, passed away Wednesday, July 4, 2012 at his residence. He was born January 21, 1940 in Hartsville, SC the son of the late Mr. James Earnest Hegler and the late Mrs. Ruby McManus Hegler. He started his career as a Bank Executive for Bank of Mid Florida in DeLand, FL and retired from Community Bank of Douglasville. He was the lead singer and manager of the Nomads Band for many years playing up and down the eastern seaboard for colleges, fraternities and many groups with his wife âdouhopgirlâ. Mr. Hegler also served in the United States Army Reserves. He is survived by his wife, Brenda Kay Hinson Hegler of Villa Rica; daughter and son-in-law, Christina and Doug Newsom of Warner Robins; son Bradford Hegler of Villa Rica; sisters and brother-in-law, Fran and Jerry Nelson of Fort Lauderdale, FL, Betty Thomas of Charleston; brother and sister-in-law, Bill and Lydia Hegler of Acworth; grandson, Braden Newsom of Warner Robins. The family will receive friends at Jones-Wynn Funeral Home in Villa Rica, Sunday, July 8, 2012 from 2:00 PM until 4:00 PM. Memorial Services will be conducted Sunday, July 8, 2012 at 4:00 PM from the chapel of Jones-Wynn Funeral Home in Villa Rica with Shirley Garret and Augusto Henriques officiating. In lieu flowers the family ask that contributions be made to the National Brain Tumor Society, 124 Watertown Street, Suite 2D, Watertown, MA 02472 or at www.braintumor,org. Messages of condolence may be sent to the family at www.jones-wynn.com. Jones-Wynn Funeral Home, Inc., Cremation Services and Memorial Gardens in charge of arrangements. 770-459-3694