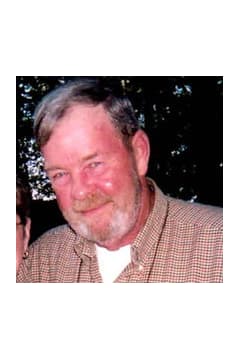 Mr. Carey Landers Stinchcomb, age 65, of Douglasville, Georgia passed away Saturday, July 4, 2015 at Wellstar Douglas Hospital. He was born August 27, 1949 in New Albany, Mississippi, the son of the late Mr. William Sylvester Stinchcomb and the late Mrs. Effie Cavender Spain. He was a veteran of the United States Marine Corp. He married Janet Wilson on November 21, 1970 in Ringgold, Georgia. He retired as a union Glazier for Emerson and Associates. A kind and selfless man, he never met a stranger. He was a family man and was a loving husband, father, grandfather, brother and uncle. He was an avid fan of the Atlanta Falcons, Georgia Tech football, and NASCAR. He was of the Baptist Faith. He is survived by his wife of 44 years, Janet Wilson Stinchcomb of Douglasville; one son and daughter-in-law, Jeffrey and Jennifer Stinchcomb of Powder Springs; two granddaughters, Savannah Stinchcomb and Lily Stinchcomb; sisters and brothers-in-law, Ann and Buck Kelly and Judy and Bill Belisario all of Kennesaw; brother and sister-in-law, Bill and Toni Stinchcomb of Perry, FL; several nieces and nephews. According to the familyâs wishes, his body was cremated. Messages of condolence to the family may be sent at www.jones-wynn.com. Jones-Wynn Funeral Home & Crematory of Douglasville is in charge of arrangements. 770-942-2311

Honor the life of Carey Stinchcomb

Please share a condolence, photo or memory of Carey. We welcome all condolences that are positive and uplifting that will help family and friends heal.