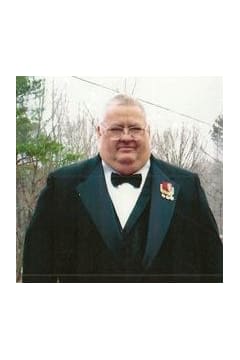 Mr. Cameron LaFayette Reeves, 68 of Douglasville, GA passed away, January 14, 2014 at Wellstar Douglas Hospital in Douglasville. He was born March 11, 1945 in Baker, FL the son of the late Jesse R. Reeves and the late Mrs. Vallie Helms Reeves. He was a veteran having served in the U.S. Navy during the Vietnam War where he received the Commendation Ribbon with one bronze star, Meritorious Commendation Ribbon Antarctica Service Medal and Vietnam Campaign Medal. Following his Naval Career he served in the Georgia State Defense Force as a 1 star Brigadier General.. In addition to his parents he was preceded in death by one daughter, Linda Jordan and one brother, Jesse Reeves, Jr. Survivors include his son and daughter-in-law, Michael and Rachelle Reeves of Marietta, daughters and son-in-law, Melissa Reeves, Joy Reeves and Tina and John Simpson all of Douglasville, Brothers and sisters-in-law, Freddy Reeves, Johnny and Mary Reeves of Alabama and Wayne and Gloria Reeves of Florida, sister and brother-in-law, Martha and Larry Sowell of Brantley, AL, 20 Grandchildren, one great grandchild and Long time Friends, Brenda Adams and Phyllis Lock both of Douglasville. The family will receive friends at Jones-Wynn Funeral Home and Crematory, Sunday, January 19, 2014 from 12:30 PM until 2:00 PM. Memorial Services will be conducted Sunday, January 19, 2014 at 2:00 PM from the Chapel of Jones-Wynn Funeral Home and Crematory with Mr. Matthew Larson officiating. Military honors will be under the direction of the Georgia State Defense Force. Messages of condolences may be sent to the family at www.jones-wynn.com. Jones-Wynn Funeral Home and Crematory of Douglasville is in charge of arrangements.

Honor the life of Cameron Reeves

Please share a condolence, photo or memory of Cameron. We welcome all condolences that are positive and uplifting that will help family and friends heal.