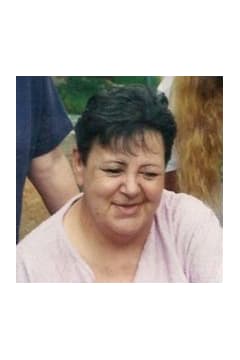 Mrs. Brenda Sue Belt Sprayberry, age 61, of Douglasville, Georgia passed away Sunday, July 7, 2013 at her home following an extended illness. She was born August 26, 1951 in Atlanta, Georgia the daughter of the late Mr. Calvin Ward Belt and the late Mrs. Helen Marie Howard Belt. She was a woman of all traits. She was a loving mother and she was devoted to her family and was especially proud of her grandchildren. She was lovingly called “Nana”. In addition to her parents, she was preceded in death by her husband, James Sprayberry and daughter, Ada Sprayberry. She is survived by her four sons and daughters-in-law, Edward and Lisa Sprayberry of Douglasville, John and Isis Sprayberry of Tallapoosa, James B. Sprayberry of Douglasville, and James D. Sprayberry of Tallapoosa; two sisters and a brother-in-law, Phyllis Gail and Paul King; and Linda Marie Hughes all of Cumming; two brothers, Calvin David Belt and Kevin Ward Belt; several grandchildren, nieces and nephews also survive. The family received friends at Jones-Wynn Funeral Home, Douglas Chapel Wednesday, July 10, 2013 from 3:00 PM until the service time. Memorial Services were conducted Wednesday, July 10, 2013 at 4:00 PM at the Chapel of Jones-Wynn Funeral Home in Douglasville. Flowers accepted or in lieu of flowers memorial contributions in memory of Mrs. Brenda Sprayberry may be made to Jones-Wynn Funeral Home & Crematory, 2189 Midway Road, Douglasville, Georgia 30135. Messages of condolence may be sent to the family at www.jones-wynn.com. Jones-Wynn Funeral Home & Crematory, Inc. of Douglasville is in charge of arrangements. 770-942-2311