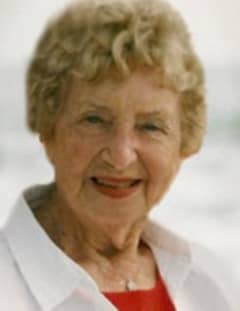 Mrs. Bonnie Rae Johnson Landrum, 99, of Villa Rica, Georgia passed away Thursday, November 13, 2014. She was born February 23, 1915 in Clayton County, Georgia, the daughter of the late Mr. Henry Earnie Johnson and the late Mrs. Alice Turner Johnson. After the war, she studied psychology at Georgia State University under Dr. Venice Bloodworth. She began her career as a cosmetic consultant with Revlon with the Davison-Paxon Department Store in Atlanta in the late 1940s. During this period, she was at the top of her game with many consulting trips to New York. Mrs. Landrum turned down a New York modeling career for the gentleman she would later call husband. She remained with Revlon until 1953, then began her greatest accomplishment, as wife and mother, then later added to that accomplishment, grandmother and great-grandmother. In the 1970s she entered back into the work force with Estee Lauder at Richâs downtown. She was top sales advisor for the entire company and was passionate about her career. She was a very close friend to the Lauder Family and was active in the First United Methodist Church on Peachtree Street in Atlanta and prior to that Calvary Methodist Church. Her greatest legacy is her devotion to her family. In addition to her parents, she was preceded in death by her sisters, Mozelle McAfee and Sadie Baxter. She is survived by her beloved husband of 64 years, Robert âBlackieâ Landrum of Villa Rica; daughter and son-in-law, Lisa and Billy Upton of Douglasville; one grandson, Robert Tevis Upton of Kennesaw; two great-grandchildren, Robert Luke Upton and Rynne Marie Upton. The family will receive friends at Jones-Wynn Funeral Home in Douglasville, Saturday, November 15, 2014 from 10:00 AM until the funeral hour. Funeral Services will be conducted Saturday, November 15, 2014 at 12:00 Noon at the Chapel of Jones-Wynn Funeral Home in Douglasville with Rev. Marshall Ray officiating. Interment will follow at Westview Cemetery in Atlanta. Messages of condolences to the family may be sent at www.jones-wynn.com. Jones-Wynn Funeral Home & Crematory of Douglasville is in charge of arrangements. 770-942-2311

Honor the life of Bonnie Landrum

Please share a condolence, photo or memory of Bonnie. We welcome all condolences that are positive and uplifting that will help family and friends heal.