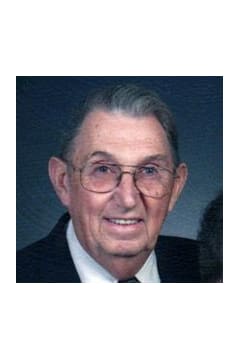 Mr. Bobby J. New, 83, of Lithia Springs, Georgia passed away Monday, January 2, 2017. He was born April 15, 1933 in Dekalb County, Georgia, the son of the late Mr. Lonnie Eugene New and the late Mrs. Leila Fields New. He married Sarah Jane Youngblood on August 23, 1953 in Atlanta. He was a veteran of the United States Army having served during the Korean Conflict. He worked as a Rate Clerk for McLean Trucking and later retired from ABF Trucking. He retired as a Baptist Minister after 50 years of devoted service. He served at Campbellton Baptist Church in Fairburn for several years and at Willingham Drive Baptist Church in East Point. He loved gardening and was awarded Master Gardener of the Year. He was an avid fan of the Atlanta Braves and the Falcons. He devoted his life to serving the Lord and his church family. He was a loving and devoted husband, father, grandfather, and great-grandfather. In addition to his parents, he was preceded in death by his beloved wife of 62 years, Sarah Jane Youngblood New; sister, Lola Marsh; and brothers, R.P. New and Harry New. He is survived by four daughters and sons-in-law, Sandra and Jimmy Lester of Whitesburg, Debbie and Ricky Hunter, Cindy New, and Leila and Doug Jones all of Douglasville; two sons and daughters-in-law, Johnny and Terri New of Winston and Bob and Sue New of Lithia Springs; sister, Lenora Kilgore of Dallas; 21 grandchildren; 22 great-grandchildren; numerous nieces and nephews also survive. The family will receive friends at Jones-Wynn Funeral Home in Douglasville Thursday, January 5, 2017 from 6:00 PM until 9:00 PM. Funeral Services will be conducted Friday, January 6, 2017 at 2:00 PM at the First Baptist Church of Douglasville with Dr. Jimmy Lester and Dr. John Pennington officiating. Mr. New will lie in state at the church on Friday from 1-2 PM. Interment will follow at Mozley Memorial Gardens in Lithia Springs with his grandsons serving as pallbearers. Military Honors will be provided by members of the United States Army Honor Guard. Messages of condolence to the family may be sent at www.jones-wynn.com. Jones-Wynn Funeral Home & Crematory of Douglasville is in charge of arrangements. 770-942-2311

Honor the life of Bobby New

Please share a condolence, photo or memory of Bobby. We welcome all condolences that are positive and uplifting that will help family and friends heal.