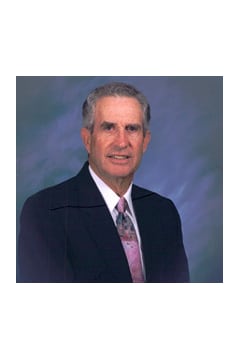 Mr. Billy Lee Culberson, 84, of Douglasville, Georgia passed away Friday, December 22, 2017 at the Benton House. He was born April 2, 1933 in Eutaw, Alabama the son of the late Mr. Glen James Culberson and the late Mrs. Beuna Elizabeth Drummond Culberson. He was a veteran of the United States Army. He married Eugenia âGenieâ Green on July 11, 1959 in Valparaiso, Florida. He graduated from Auburn University in 1957. He retired as an Electrical Engineer with the United States Government at Eglin Air Force Base, Florida, following 31 years. He attended Powell Chapel United Methodist Church in Villa Rica. He loved music, singing in the choir, Auburn football, and golf. In addition to his parents, he was preceded in death by sisters, Annie Hazel Smith and Virginia Elizabeth Finnell. He is survived by his devoted wife of 58 years, Genie Green Culberson of Douglasville; four children and their spouses, Kimberly C. and Richard Vegas of Douglasville, Kyle and Jean Culberson of Douglasville, Mike and Michelle Culberson of Winston, and Lee and Lee Culberson of Douglasville; brothers and sisters-in-law, Glen James Culberson, Jr. and his wife, Mary of Sylacauga, AL and William David Culberson and his wife, Cheryl of Birmingham, AL; eight grandchildren; twelve great-grandchildren; several nieces and nephews. The family will receive friends at Jones-Wynn Funeral Home in Douglasville, Tuesday, December 26, 2017 from 10:00 AM until 12:00 PM. Funeral Services will be conducted Tuesday, December 26, 2017 at 12:00 PM at the Chapel of Jones-Wynn Funeral Home in Douglasville with Rev. Thomas Long officiating. Interment will follow at Meadowbrook Memory Gardens in Villa Rica with his grandsons serving as pallbearers. Military Honors will be provided by members of the Ft. Benning U.S. Army Honor Guard.In lieu of flowers contributions in memory of Mr. Culberson may be made to Alzheimerâs Association, 41 Perimeter Center East, Ste 550, Atlanta, GA 30346 or the charity of your choice. Messages of condolence to the family may be sent at www.jones-wynn.com. Jones-Wynn Funeral Home & Crematory of Douglasville is in charge of arrangements. 770-942-2311

Honor the life of Billy Culberson