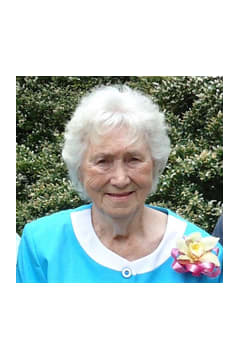 Mrs. Billie Williams Galbreath, 76, of Douglasville, Georgia passed away Tuesday, December 1, 2015. She was born January 21, 1939 in Taylorsville, Georgia the daughter of the late Mr. Ray Williams and the late Mrs. Samantha Bach Williams. She was a homemaker and devoted to her family. She was a devoted Baptist. In addition to her parents, she is preceded in death by her husband, James Thomas Galbreath Sr.; sons, James Frederick Norman and James T. Galbreath, Jr.; sisters, Mary Lou Hames, Joyce Dean, and Terresa Barnett; and brothers, Lloyd Williams and Lee Roy Williams. She is survived by two daughters and sons-in-law, Lisa and Wayne Cosper of Carrollton, Becky and Johnny Thompson of Stockbridge; six sons and daughters-in-law, Kevin and Christy Norman of Austell, Sam Norman and Christel Burdett of Dallas, Keith and Amy Norman of Douglasville, Tim Galbreath and Stacy Ray of Stockbridge, Joe and Câless Galbreath of Monroe and Andy and Tia Galbreath of Newnan; daughter-in-law, Faith Norman of Austell; sister and brother-in-law, Carol and Jimmy Noles of Aragon; 33 grandchildren; 33 great-grandchildren; several nieces and nephews. The family will receive friends at Jones-Wynn Funeral Home in Douglasville, Thursday, December 3, 2015 from 5:00 PM until 9:00 PM and Friday, December 4, 2015 from 11:00 AM until 2:00 PM. Funeral Services will be conducted Friday, December 4, 2015 at 2:00 PM at the Chapel of Jones-Wynn Funeral Home in Douglasville with Pastor James Biddy officiating. Interment will follow at Sunrise Memorial Gardens in Douglasville. The following will serve as pallbearers: Sam Norman, Kevin Norman, Tim Galbreath, Keith Norman, Sam Norman, Jr., Wesley Conn, and Keith Norman, Jr. Messages of condolence to the family may be sent at www.jones-wynn.com. Jones-Wynn Funeral Home & Crematory of Douglasville is in charge of arrangements. 770-942-2311

Honor the life of Billie Galbreath