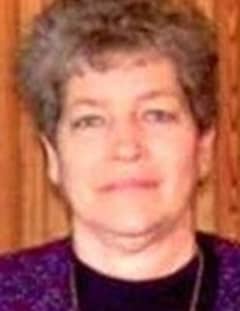 Mrs. Billie Dove Williams Brittain, 71, of Douglasville, Georgia passed away Thursday, March 31, 2016 at her residence. She was born March 9, 1945 in Carroll County, Georgia, the daughter of the late Mr. Charles Monroe Williams and the late Mrs. Clastelle Horsley Williams. She worked as the first female meat cutter at Food Giant for many years and she worked in food service for the Douglas County Board of Education. She was a loving and devoted wife, mother, and grandmother. She was a member of Ephesus Baptist Church in Winston. In addition to her parents, she was preceded in death by sisters, Clara Williams, Alice Smith, and Hazel Jacobs; and brothers, Dudley Williams and Delmer Williams. She is survived by her husband of 52 years, Donald Aubrey Brittain of Douglasville; two sons and a daughter-in-law, Larry Brittain of Douglasville and Dan and Becky Brittain of Temple; three sisters, Lucille Ivey of Mobile, AL, Pat Vaughn of Winston, and Barbara Gibson of Mt. Zion; sisters-in-law, Earnestine Huff of Nashville, TN and Martha Bragg of Douglasville; two grandchildren, Elleana Rose Brittain and Madison Grace Brittain; several nieces and nephews. The family will receive friends at Jones-Wynn Funeral Home in Douglasville Saturday, April 2, 2016 from 4:00 PM until 8:00 PM. Funeral Services will be conducted Sunday, April 3, 2016 at 2:00 PM at the Chapel of Jones-Wynn Funeral Home in Douglasville with Dr. Billy Godwin and Rev. Ricky Brittain officiating. Interment will follow at Ephesus Cemetery. The following will serve as pallbearers: Nolan Ayers, John Streeman, Avery Radford, Denver Thompson, Randy Daniel and Jason Ayers. Messages of condolence to the family may be sent at www.jones-wynn.com. Jones-Wynn Funeral Home & Crematory of Douglasville is in charge of arrangements. 770-942-2311

Honor the life of Billie Brittain