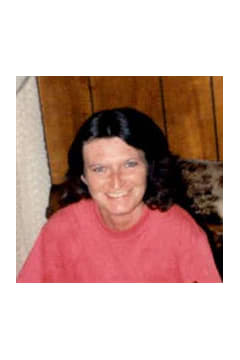 Beverly Marie Queen Hodgson, age 57, of Villa Rica passed away Saturday, May 20, 2017. She was born October 12, 1959 in Atlanta the daughter of the late Mr. William Alton Queen and the late Mrs. Dove Mae Watkins Queen. In addition to her parents, she was preceded in death by her son, Steven Hodgson. She is survived by her daughters and sons-in-law, Sandra and Thomas Dinning of Lithia Springs, Marie and Lonnie Neace of Villa Rica; sisters and brothers-in-law, Sherry and Jerry Nance of Carrollton, Patricia and Barry Nance of Carrollton; seven grandchildren; eight great grandchildren; several nieces and nephews also survive. According to Mrs. Hodgsonâs wishes she was cremated. The family will have a celebration of life at a later date privately.Messages of condolence may be sent to the family at www.jones-wynn.com. Jones-Wynn Funeral Home, Inc. and Cremation Services of Villa Rica in charge of arrangements. 770-459-3694

Honor the life of Beverly Hodgson

Please share a condolence, photo or memory of Beverly. We welcome all condolences that are positive and uplifting that will help family and friends heal.