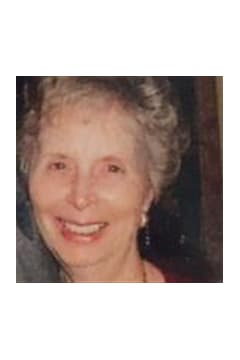 Mrs. Betty June Matthew Tyson, age 84 of Villa Rica, passed away, Tuesday, April 21, 2015 after an extended illness. She was born July 3, 1930 in Carroll County, Georgia the daughter of the late Mr. Asa A. Matthews and the late Mrs. Pearl Deliah Furr Matthews. Betty was married for over 60 years to Rev. Harold Tyson, who pastored several area churches including Callie Harbin Baptist, Draketown, and Buchanan. He also pastored in Jasper, Alabama where lifelong friends were made. Harold passed away in 2007after a long bout with cancer. Betty was an ideal pastorâs wife, always making lifelong friends wherever their ministry took them. They were a blessing singing together in funerals and special events. Betty delighted in cooking for her family and friends and it was a delight to sit down at her table of fried chicken and fresh vegetables. She worked for Arrow Shirt Company as a Seamstress for many years. In addition to her parents, she was preceded in death by her husband, Harold Tyson; brothers, Guy Matthews, Ray Matthew, Shirley Matthews, and JR Matthews; sisters, Peggy Harden, Genele Cohran and Wilma Boyd She is survived by her sisters-in-law, Estelle Campbell of Douglasville, Masako Tyson of Villa Rica, Joan Tyson of Villa Rica, Ethyleen Tyson of Villa Rica and Narvell Matthews of Carrollton; several nieces and nephews also survive. The family will receive friends at Jones-Wynn Funeral Home, Thursday, April 23, 2015 from 5:00 PM until 9:00 PM and Friday, April 24, 2015 from 9:00 AM until 2:00 PM. Funeral Services will be conducted Friday, April 24, 2015 at 2:00 PM from the Chapel of Jones-Wynn Funeral Home with Rev. Bobby Smallwood and Rev. Clay Pawley officiating. Special choir music will be brought by the Utopia Baptist Church Choir led by Bro. Frank Parr and a special song by Rhonda Eaton, Bettyâs niece. Interment will follow at Meadowbrook Memory Gardens in Villa Rica. Messages of condolence may be sent to the family at www.jones-wynn.com. Jones-Wynn Funeral Home, Inc. and Cremation Services of Villa Rica in charge of arrangements.

Honor the life of Betty Tyson