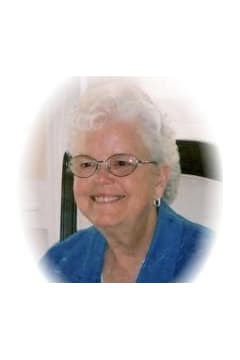 Mrs. Betty Jean Hartman Hollis, age 79, Lithia Springs, passed away Thursday September 15, 2011. She was born March 25, 1932 in Hogansville, Ga, the daughter of the late, Andrew Nelson Hartman and Sadie Bell Lee Hartman. She was a homemaker and a member of Liberty Baptist Church in Douglasville and was involved with Hunter Park Seniors Club, the Golden Age Club at Lithia Springs United Methodist Church and the Recycled Teenagers at the Liberty Baptist Church. In addition to her parents she was preceded in death by her husband, John M. Hollis, Jr., 3 brothers, Gene Hartman, Charlie Hartman and Ken Hartman and 2 sisters, Elsie Grantham and Josephine Vines. She is survived by three sons and daughters-in-law, Andrew and Patty Hollis of Milner, Douglas and Janet Hollis of Douglasville and Steve and Melanie Hollis of Watkinsville, sisters, Mattie Lou Todd of Hogansville and Dorothy Cambrone of Cedartown, brothers, James Hartman of Newnan, Nelson Hartman of Fortson, and Ted Hartman of Columbus, eight grandchildren, eight great grandchildren, and several nieces and nephews. The Family will receive friends at Jones-Wynn Funeral Home in Douglasville, Saturday September 17, 2011 from 2:00 PM until 4:00 PM and 6:00 PM until 8:00 PM. Funeral Services will be conducted Sunday September 18, 2011 at 3:00PM from the Chapel of Jones-Wynn Funeral Home in Douglasville with Rev. Terry Marbut officiating. Interment will follow in Sunrise Memorial Gardens in Lithia Springs. In lieu of flowers the family request that contributions may be made in Memory of Mrs. Hollis to the Liberty Baptist Church Youth Fund, Post Office Box 202, Douglasville, GA 30133. Messages of condolences may be sent to the family at www.jones-wynn.com Jones-Wynn Funeral Home, Inc. Cremation Services and Memorial Gardens of Douglasville in charge of arrangements. 770-942-2311

Honor the life of Betty Hollis