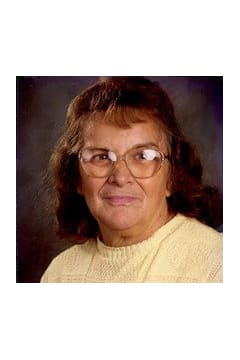 Mrs. Betty Lou George Camp, age 77, of Temple, passed away, Tuesday, May 17, 2016. She was born April 16, 1939 in Villa Rica, the daughter of the late Mr. John Henry George and the late Mrs. Grace Cole George. Mrs. Camp worked for the Carroll County School System at Temple Elementary for many years. She loved the mountains, flowers and lighthouses. She was a faithful member of Full Gospel Church. In addition to her parents, she was preceded in death by her husband, Rev. Russell Henry Camp; son, Russell David Camp; sisters, Irma Jean George Helton, Reba Nell Hubbard, and Kathreen George. She is survived by her son, Mark and Denise Camp of Temple; sisters, Marvine George of Alabama, Magdalene Deese of Carrollton; brother and sister-in-law, John and Carolyn George of Villa Rica; six grandchildren, Mark Camp of Temple, Lauren and CJ Lucas of Temple, Rusty Camp of Tampa, FL, Jamie Camp of Illinois, Angie Morgan of New Jersey and Timothy Camp of Florida; numerous great grandchildren; several nieces and nephews also survive. The family will receive friends at Jones-Wynn Funeral Home in Villa Rica, Thursday, May 19, 2016 from 4:00 PM until 8:00 PM and Friday, May 20, 2016 from 9:00 AM until the funeral hour. Funeral Services will be conducted Friday, May 20, 2016 at 1:30 PM from the Chapel of Jones-Wynn Funeral Home with Rev. John George officiating. Interment will follow at Melrose Hills Memorial Park. Messages of condolence may be sent to the family at www.jones-wynn.com. Jones-Wynn Funeral Home, Inc. and Cremation Services of Villa Rica in charge of arrangements. 770-459-3694

Honor the life of Betty Camp