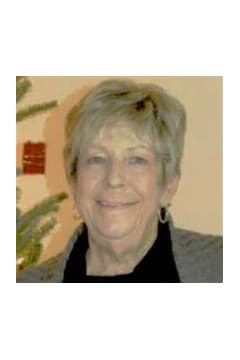 Ms. Bernice Faye Huggins, age 70, of Douglasville, Georgia passed away Thursday, May 4, 2017 at her residence, following an extended illness. She was born May 9, 1946, the daughter of the late Mr. Jimmy John Hughes and the late Mrs. Bessie Mae Chester Hughes. She worked as a bartender at Gibsonâs. She enjoyed going to yard sales and to the Goodwill Store to shop. She was of the Christian Faith. In addition to her parents, she was preceded in death by her brother, Bill Hughes. She is survived by two daughters and a son-in-law, Tammy Spraggins and Lynn and David Eaves all of Temple; sister, Gent Camp of Dallas; five grandchildren and their spouses, Kayla and Michael Marquet, Kacey and Cameron Fisher, Heather and Daniel Roehl, Ashley and Mark Reeves, and Kimberly Spraggins; six great-grandchildren, Hunter Reeves, Brielle Reeves, Sophie Spraggins, Carolina Fisher, Ellee Roehl, and Lucas Marquet; several nieces and nephews. The family will receive friends at Jones-Wynn Funeral Home in Douglasville, Monday, May 8, 2017 from 2:00 PM until 3:00 PM. Memorial Services will be conducted Monday, May 8, 2017 at 3:00 PM at the Chapel of Jones-Wynn Funeral Home in Douglasville with Pastor Keith Jiles officiating. Messages of condolence to the family may be sent at www.jones-wynn.com. Jones-Wynn Funeral Home & Crematory of Douglasville is in charge of arrangements. 770-942-2311

Honor the life of Bernice Huggins

Please share a condolence, photo or memory of Bernice. We welcome all condolences that are positive and uplifting that will help family and friends heal.