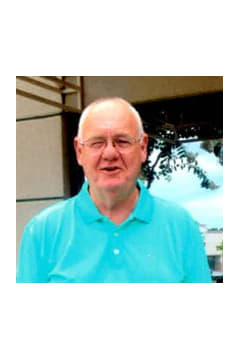 Mr. Benny Joe Creel, 64, of Austell, Georgia passed away Sunday, February 22, 2015. He was born November 1, 1950 in Austell, Georgia, the son of the late Mr. Billy Joe Creel and the late Mrs. Louise Bollen Creel. He retired as a self employed truck driver. In addition to his parents, he was preceded in death by a sister, Mary Creel. He is survived by three daughters and sons-in-law, Jennifer Creel and her fiancé, Dylan Carnes of Villa Rica, Melissa and Adam Graham of Douglasville, and Tabitha Creel of Temple; two sons, Bobby Creel and Billy Creel both of Temple; brother, Larry Creel of Douglasville; grandchildren, Joanna Nelson, Clayton Graham, Lacee Hitchcock, Jonathon Glass, Jamie Creel, Misty Creel, Britnee Creel and Billy Creel; several nieces and nephews. The family will receive friends at Jones-Wynn Funeral Home in Douglasville, Thursday, February 26, 2015 from 1:30 PM – 3 PM. Funeral Services will be conducted Thursday, February 26, 2015 at 3:00 PM at the Chapel of Jones-Wynn Funeral Home. Interment will follow at Sunrise Memorial Gardens in Douglasville. Messages of condolence to the family may be sent at www.jones-wynn.com. Jones-Wynn Funeral Home & Crematory of Douglasville is in charge of arrangements. 770-942-2311

Honor the life of Benny Creel

Please share a condolence, photo or memory of Benny. We welcome all condolences that are positive and uplifting that will help family and friends heal.