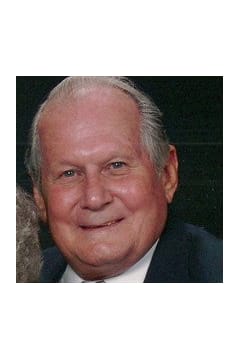 Mr. Benjamin Milos Bogozan, 77, of Douglasville, Georgia passed away Sunday, May 25, 2014. He was born May 17, 1937 in Waycross, Georgia the son of the late Mr. John Peter Bogozan and the late Mrs. Martha Beatrice Miller Bogozan. He was a veteran of the United States Navy. He retired from Trinity Towers Assisted Living in Atlanta where he did property maintenance. He was a member of Liberty Baptist Church in Douglasville. In addition to his parents, he was preceded in death by his brothers, Tommy Bogozan and Jim Bogozan. He is survived by his wife of 43 years, Betty Jo Masters Bogozan of Douglasville; one daughter, Martha Graham of Douglasville; one stepdaughter, Betty Ann Summey of Chattanooga; three sisters and a brother-in-law, Judy and George Jenkins of Smyrna, Johnnie Bogozan and Jan Hulsey both of Mableton; two brothers and sisters-in-law, John âBuddyâ and Evelyn Bogozan of Douglasville and Jody and Judy Bogozan of Austell; one grandchild, Bennett Graham; one niece, Jenny Watts of Birmingham and one nephew, Joey Bogozan of Austell. The family will receive friends at Jones-Wynn Funeral Home in Douglasville, Tuesday, May 27, 2014 from 5:00 PM until 8:00 PM. Funeral Services will be conducted Wednesday, May 28, 2014 at 11:00 AM at the Chapel of Jones-Wynn Funeral Home in Douglasville with Rev. Terry Marbut officiating. Interment will follow at Mt. Harmony Memorial Gardens in Mableton. Messages of condolence to the family may be sent at www.jones-wynn.com. Jones-Wynn Funeral Home & Crematory of Douglasville is in charge of arrangements. 770-942-2311

Honor the life of Benjamin Bogozan

Please share a condolence, photo or memory of Benjamin. We welcome all condolences that are positive and uplifting that will help family and friends heal.