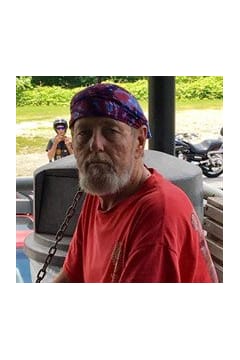 Mr. Barry Eugene Landmon, age 60, of Lithia Springs, Georgia passed away Sunday, April 22, 2018. A native of Douglas County, he was born June 4, 1957 in Douglasville, Georgia, the son of the late Mr. Dorris Eugene âBuddyâ Landmon and the late Mrs. Maggie Henry Landmon. He served in the Army National Guard. He worked for the Douglas County Fire Department until he became disabled. He was a member of the Amvets Post 118 and was a Legion Rider for Post 118 in Lithia Springs. An avid outdoorsman, he enjoyed fishing and camping. He loved motorcycles and trikes. In addition to his parents, he was preceded in death by step children, Amanda Kelley and Daniel Desaulniers; and a brother-in-law, Harold Agan. He is survived by one son and daughter-in-law, Russell and Traci Landmon of Douglasville; the mother of his son, Sandy Landmon of Douglasville; sisters and brothers-in-law, Debbie Agan Willoughby and her husband, Herman of Lithia Springs and Sandra and Jerry Holtzclaw of Villa Rica; half brother, Charles Anthony Smallwood of Ocala, FL; two grandsons, Austin Landmon and Dakota Landmon; several nieces and nephews. The family will receive friends at Jones-Wynn Funeral Home in Douglasville Tuesday, April 24, 2018 from 6:00 PM until 9:00 PM. Funeral Services will be conducted Wednesday, April 25, 2018 at 4:00 PM at the Chapel of Jones-Wynn Funeral Home in Douglasville with Rev. J.W. Daniel officiating. Interment will follow at Beulah Cemetery. Messages of condolence to the family may be sent at www.jones-wynn.com. Jones-Wynn Funeral Home & Crematory of Douglasville is in charge of arrangements. 770-942-2311

Honor the life of Barry Landmon

Please share a condolence, photo or memory of Barry. We welcome all condolences that are positive and uplifting that will help family and friends heal.