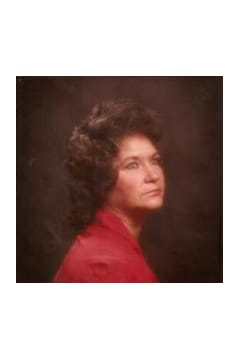 Mrs. Barbara Jean Harper, age 78, of Douglasville, Georgia passed away Thursday, October 13, 2011. She was born December 13, 1932 in Atlanta, Georgia the daughter of the late Mr. Willie Newton Turkett and the late Mrs. Oliver Odell Stoudemayer Turkett. She married Edward âBuddyâ Harper on May 31, 1952. She worked at J.C. Penney for many years in administration. In addition to her parents, she was preceded in death by her husband, Edward âBuddyâ Harper. She is survived by her daughters and sons-in-law, Sandra Gail and Ricky Simmons of Douglasville; Wanda and Doug Evers of Temple; Sharon Harper of Hiram; and Vicki and Ken Harris of Clearwater, FL; sister and brother-in-law, Doris and Bobby Bagby of Riverdale; 5 grandchildren; 1 great-grandchild; several nieces and nephews also survive. The family will receive friends at Jones-Wynn Funeral Home, Douglas Chapel, Friday, October 14, 2011 from 5:00 PM till 9:00 PM. Funeral Services will be conducted Saturday, October 15, 2011 at 11:00 AM from the Chapel of Jones-Wynn Funeral Home in Douglasville with Chaplain Mary Ruth Davidson officiating. Interment will follow in the Westview Cemetery in Atlanta. The following gentlemen will serve as pallbearers: Ricky Bagby, Mike Bagby, Timmy Bagby, Jimmy Bagby, Jim Ramsdell and Chad Simmons. Messages of condolence may be sent to the family at www.jones-wynn.com. Jones-Wynn Funeral Home, Inc., Cremation Services and Memorial Gardens in charge of arrangements. 770-942-2311.

Honor the life of Barbara Harper

Please share a condolence, photo or memory of Barbara. We welcome all condolences that are positive and uplifting that will help family and friends heal.