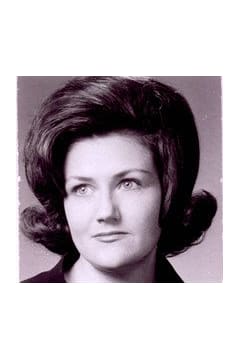 Mrs. Barbara Frances Cook Norton, age 72, of Douglasville, passed away, Wednesday, July 20, 2016. She was born August 9, 1943 in Bremen the daughter of the late Mr. Victor Lamar Cook and the late Mrs. Eula Lucille Duncan Cook. She attended Massey Business College in Atlanta and later became a programmer for Upjohn Pharmaceutical Company for many years. She was a loving mother and grandmother. In addition to her parents, she was preceded in death by her brother, Reggie Cook.She is survived by her husband, Robert D. Norton of Douglasville; son and daughter-in-law, John and Wendy Norton of Woodstock; two grandchildren, Samuel Norton and Audrey Norton; one nephew Ronnie Cook also survives. The family will receive friends at Jones-Wynn Funeral Home in Douglasville, Saturday, July 23, 2016 from 5:00 PM until 8:00 PM. Funeral Services will be conducted Sunday, July 24, 2016 at 2:00 PM from the Chapel of Jones-Wynn Funeral Home. Interment will follow at Carrollton City Cemetery. In lieu of flowers the family asks that contributions be made to Alzheimerâs Association, Georgia Chapter, 1925 Century Blvd, Ste 10, Atlanta, Georgia 30345 or at alzga.org. Messages of condolence may be sent to the family at www.jones-wynn.com. Jones-Wynn Funeral Home and Crematory of Douglasville in charge of arrangements. 770-942-2311

Please share a condolence, photo or memory of Barbara Frances. We welcome all condolences that are positive and uplifting that will help family and friends heal.