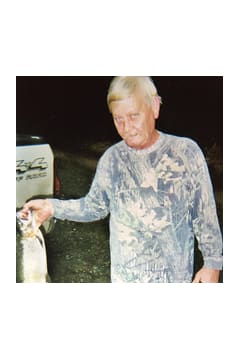 Mr. Emory William âBabeâ Green, 62, of Winston, Georgia passed away Tuesday, June 28, 2016 at his home. He was born February 28, 1954 in Austell, Georgia, the son of the late Mr. James Emory Green and the late Mrs. Lois Irene Call Green. He married Vicki Lynn Jackson on August 29, 1970 in Walhalla, South Carolina. He worked in the HVAC industry and was a Christian by faith. He was a member of the Douglasville Masonic Lodge 289 F&AM and a member of the Sweetwater Shrine Club of Lithia Springs. He enjoyed the outdoors, trout fishing, deer hunting and gardening. He loved playing golf, and he was an avid classic car enthusiast. In addition to his parents, he was preceded in death by a brother, Eddie Green. He is survived by his wife of 45 years, Vicki Lynn Jackson Green of Winston; two daughters and sons-in-law, Cindy and Jeff Oden of Temple and Stephanie and Ashley Parson of Winston; brothers and sisters-in-law, Mike and Janice Green of Douglasville, Wendell and Wylette Green of Lithia Springs and Steve and Angela Green of Douglasville; four grandchildren, Kayla Underwood, Brent Oden, Brett Parson, and Blakley Parson; numerous nieces and nephews. The family will receive friends at Jones-Wynn Funeral Home in Douglasville, Thursday, June 30, 2016 from 12:00 PM until 3:00 PM. Funeral Services will be conducted Thursday, June 30, 2016 at 3:00 PM at the Chapel of Jones-Wynn Funeral Home in Douglasville with Rev. Josh Smith officiating. Interment will follow at Mozley Memorial Gardens in Lithia Springs. Messages of condolence to the family may be sent at www.jones-wynn.com. Jones-Wynn Funeral Home & Crematory of Douglasville is in charge of arrangements. 770-942-2311

Honor the life of Babe Green

Please share a condolence, photo or memory of Babe. We welcome all condolences that are positive and uplifting that will help family and friends heal.